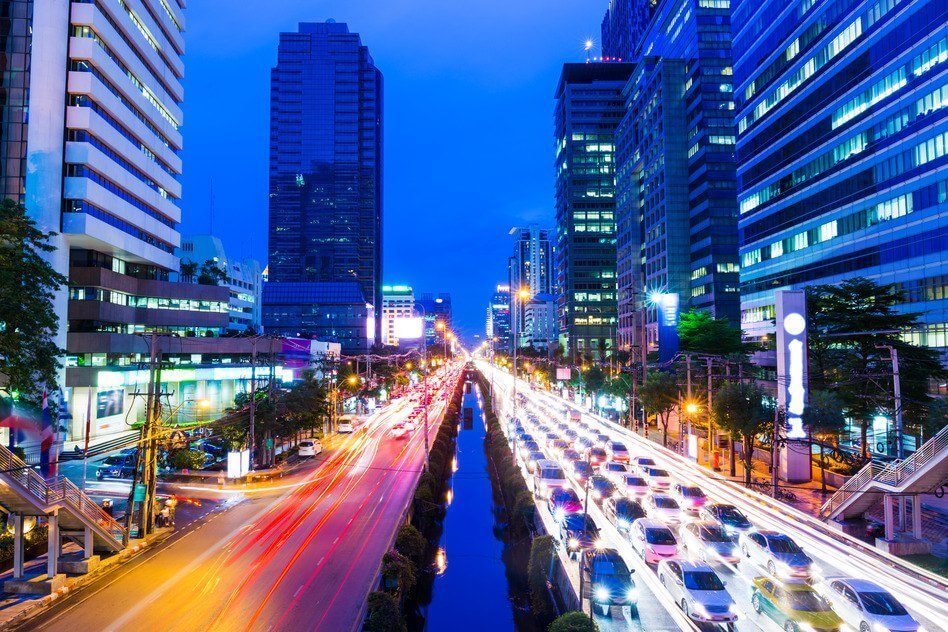 According the U.S Department of Transportation Federal Highway Administration (FHWA), traffic congestion continues to worsen on the nation’s freeways and in urban areas. In fact, the IRIX 2013 rankings of the worst traffic corridors indicate drivers in New York City and Los Angeles lose more than a week’s worth of time due to traffic delays. The total economic cost of traffic in congestion is $121 billion dollars according to Texas A&M Transportation Institute‘s 2012 Urban Mobility Report. What solutions to traffic congestion are in the pipeline?

Poor traffic signal timing accounts for 10 percent of traffic delays and congestion according to the FHWA. While adaptive traffic signals, which automatically adjust traffic light timing to account for congestion, road construction, accidents, and weather conditions, have been available for more than two decades, only 3 percent of U.S cities use them. Advances in adaptive traffic signal technology, along with public outcry about increasing traffic congestion holds the promise of encouraging greater adoption of this traffic management technology.

The Laboratory for Adaptive Traffic Operations and Management (LATOM) at Florida Atlantic University recently received state and local grant funding totaling $400,000 to test the benefits of new adaptive traffic signaling technology in one of the most congested traffic corridors in the country, Arthur Godfrey Road located in the South Beach area of Miami. Next-generation adaptive traffic management technologies use smart algorithms to analyze and communicate high-resolution traffic data from detectors to controllers to adjust traffic signal timing. Another goal of the research is to engineer the complex surveillance and communication infrastructure needed by adaptive traffic management systems.

A joint effort between the city of Ocala and the Florida Department of Transportation involves investing in both adaptive traffic signaling technology and intelligent traffic control systems. By capturing a single from a vehicle, a control device then assigns a code to car or truck to allow the system to track its movements through the city to monitor the flow of traffic. This provides real-time information about traffic flow, which optimizes the traffic signal timing and patterns to reduce congestions.

With as many as 30 cities in the United States planning to serve as testing grounds for autonomous vehicles and experts anticipating that driverless cars will be on the market for the public by 2020, traffic engineers face the challenge designing plans for self-driving cars. Some of the infrastructures changes anticipated include separate lanes for autonomous vehicles and human driven cars and trucks, installation of sensors and communication devices, and ways to accommodate pedestrians and bicyclists.

•  MIT’s DreamWave is a another modeling tool for planning intersections that do not need traffic lights to permit unimpeded traffic flow.

Experts anticipate that autonomous cars and smart intersection will virtually cure the country of much of its traffic congestions woes.

What strategies does your firm employ when designing roads to decrease congestion? How will driverless vehicles change your traffic planning tactics?