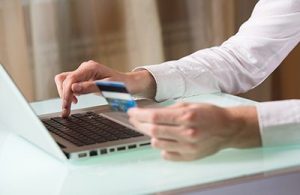 The staff of Point of Beginning worked with BNP Media to conduct a market research study of land surveyors to discover land surveying firms’ capital spending plans. While this information provides a snapshot of the current state of the industry, this data can also be used as benchmarks for individual firms when making their 2015 budgets. Overall, land surveying firms appear to be positioning themselves for growth in the coming year based on their spending. How are surveying firm’s spending their money and where are they spending it.

• Spending on equipment and software is on the rise. The surveying professional queried reported the planned to spend 45 percent of their budget on equipment, which is a two percent y-o-y increase. Planned software expenditures also increased from 23 percent in 2014 to 26 percent for 2015.

• While the majority of surveyors buy equipment in person, online purchases are on the increase. When purchasing equipment to software, 71 percent of the respondent report they do so in person; however, 48 percent reported buying online, which is five percent higher than last year.

How are you allocating your funds next year? Are you following the trend?