A New Meaning for the Phrase “Home Sweet Home” 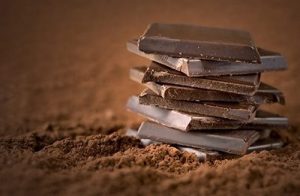 Even though compressed chocolate does not have the same strength as concrete, a team of civil engineers and architects are exploring innovative means of using chocolate as a building material.

When you think of a structure built of chocolate, chocolate fountains and edible candy houses come to mind. If the preliminary work of a group of civil engineers and architects from Princeton University result in a successful proof of concept later this year, special formulations of chocolate may become a building material for life size functional structure. The researchers’ work, published in the April 2015 Confectionary News, focused on how the team developed a type of chocolate that uses vegetable fats instead of cocoa butter to create a material suitable for use in construction.

The research team’s work is the first to explore the strength and elasticity of chocolate. Their working hypothesis that guided the development and testing of different chocolate formulas is that compounds with smaller particles and less fat would have greater surface area available for cohesion. As a result, the chocolate compound gains the stiffness needed to serve as a building material.

Once the team identified a chocolate formulation they thought would be suitable for use as a building material, they constructed a prototype. The team casted individual pieces of the chocolate that had a melting point of 125 F degrees and then they fitted it over a framework. They “welded” the seams by apply molten chocolate with a syringe. When the team completed the structure, they placed it in a temperature-controlled environment (68 F degrees) for two months. After this test period, they examined the structure and found that it held its form.

The team plans to construct a full-scale chocolate pavilion in a New York City café in order to demonstrate proof of concept. It will be displayed in this temperature-controlled environment for two to four weeks. If successful, further research is planned to explore different practical uses of chocolate as a building material.