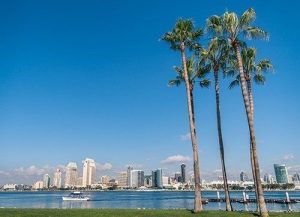 Mixed-use developments, also referred to as work play live communities, that were once only found in urban areas are now popping up in the suburbs because of the high ROI they offer to developers and investors. What does an architect who designs mixed used developments in San Diego think about living in a live work building he designed?


During the late 1990s, city planners and developers looked for ways to redevelop abandoned factories and warehouses in their urban core. Taking a cue from artists who created lofts in industrial buildings that functioned both as studio spaces and living quarters, architects and developers started to repurpose unused manufacturing spaces into live work developments. City officials encouraged these developments because they maintained the historic nature of urban districts while attracting people back into the urban core. Mixed-use developments quickly gained popularity with developers because they had to spend less capital to renovate the old building than what they would to demolish the structure and construct a new apartment and office complex. Since many of the luxury units in work play developments sold for as much as $1 million, the investors and developers realized a significant return on their investment, according to the CCIM Institute.

The Issues Arising with Mixed Use Developments

A San Diego Architect Lives His Own Live Work Design

Ron Quigley, an architect who specializes mixed use developments in San Diego’s downtown urban core, decided to live his own design in a five story 60 foot tall live work building constructed on a 45 by 100 foot lot in downtown San Diego. He achieve the industrial look associated with urban mixed use developments by using concrete blocks, steel, and aluminum windows. He softened the harshness of these materials by the extensive use of redwood and glass that allows the natural light to flood the space. Penthouses occupy the fourth and fifth floors of the building and offices occupy the second and third floors. The glass and concrete lobby area on the first floor surrounds a lushly landscaped open courtyard. Quigley overcame parking issues by including an underground garage in his design. By using green design principles, his live play building has a net zero environmental impact. According to an article in The Architect’s Newspaper, both Quigley and his wife enjoy living in their penthouse and just taking the elevator down to their offices to work.

What is your experience with mixed-use developments? Do you see them as a passing fad or as a new staple in urban and suburban development?