Architecture: The Resurgence of Brutalism in the 21st Century

Whether one considers the latest resurgence of appreciation for Brutalist architecture to be a matter of nostalgia or a rejection of the conspicuous consumption some people associate with glass and steel skyscrapers, there are some practical benefits for the use of concrete in both residential and commercial urban structures. 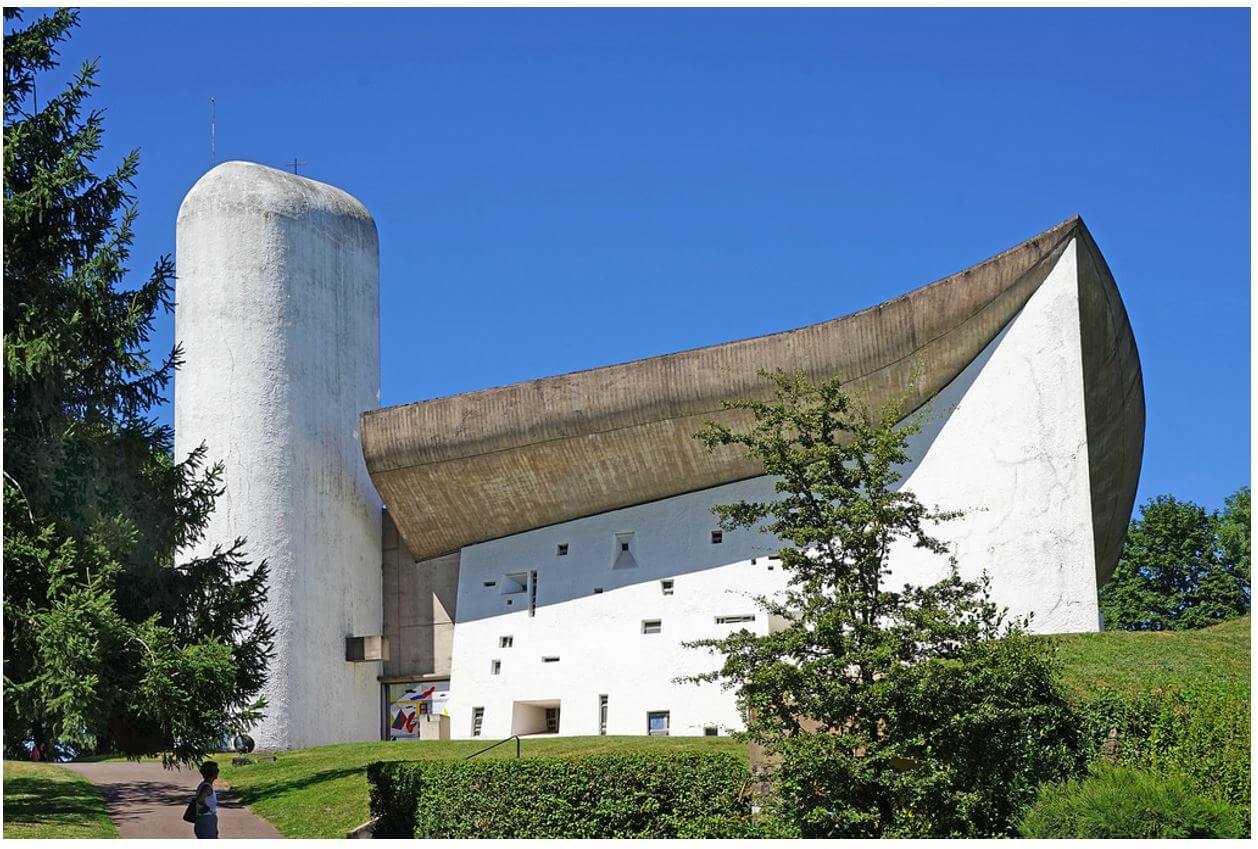 The “Chapelle Notre Dame du Haut”, a chapel located in Ronchamps, France and designed by the father of Brutalism Le Corbusier, is considered by UNESCO to one of the most important buildings constructed during the 20th century.

After World War II, the use of concrete was both cheap and plentiful, which made it the perfect material for rebuilding the bombed and burned cities and towns in Western Europe. Brutalism, which is a highly controversial, 20th-century architectural movement that is most commonly linked with the Swiss architect Le Corbusier (1887-1965), rose rapidly in popularity popular style due to its reliance on concrete to build residential, commercial, and government buildings. While the term Brutalism has its roots in the French term for raw concrete béton-brut, many people consider this architectural style as “brutal” due to its often sharp angles and stark forms, especially in examples of this style in Eastern European countries that were behind the Iron Curtain. During the late 20th century, Brutalism started to fall out of favor in Europe; however, the British started a revival of this architectural style in the early 2010s. 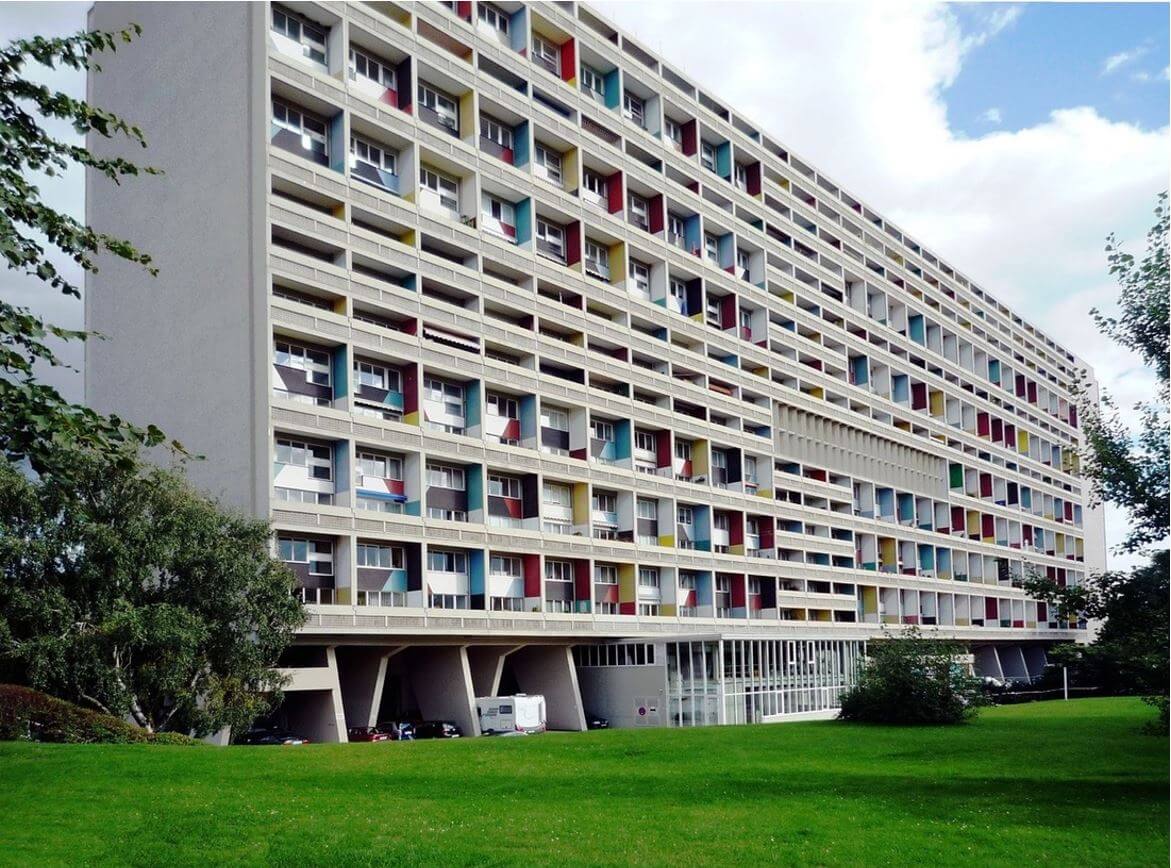 During the mid-20th century, Brutalism made its way across the Atlantic to the United States where architects applied this style to public buildings, such as the Washington Metro Station and the Yale Art and Architecture building. In addition, many architects adopted the use of Brutalism when designing urban public residential towers. Unfortunately, as early Brutalist structures aged and people started to associate the style with poor inner city projects, this architectural movement fell out of favor. 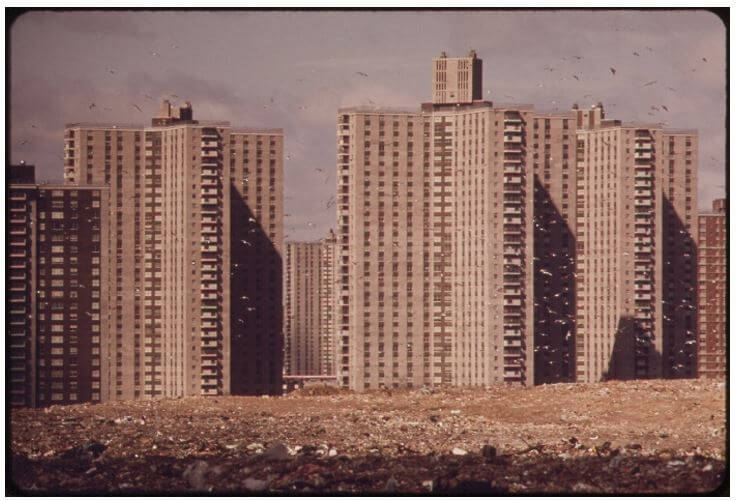 The apartment towers of “Co-Opt City” in the Bronx, NY are examples of American Brutalism. Constructed during the 1960s, the building fell into disrepair due to a loan default. This photo, taken in 1973 by Gary Miller as part of his work for the US Environmental Protection Agency, shows the dump located in front of the housing project.

The ceiling of the Brutalist-inspired Mc Pherson Square Metro Station, located in Washington, DC, mimics the style of the Parthenon in Rome. This example illustrates the flexibility concrete offers in terms of form and lines.

The Revival of Brutalism in the UK and US: A Backlash Against Excess and Conspicuous Consumption 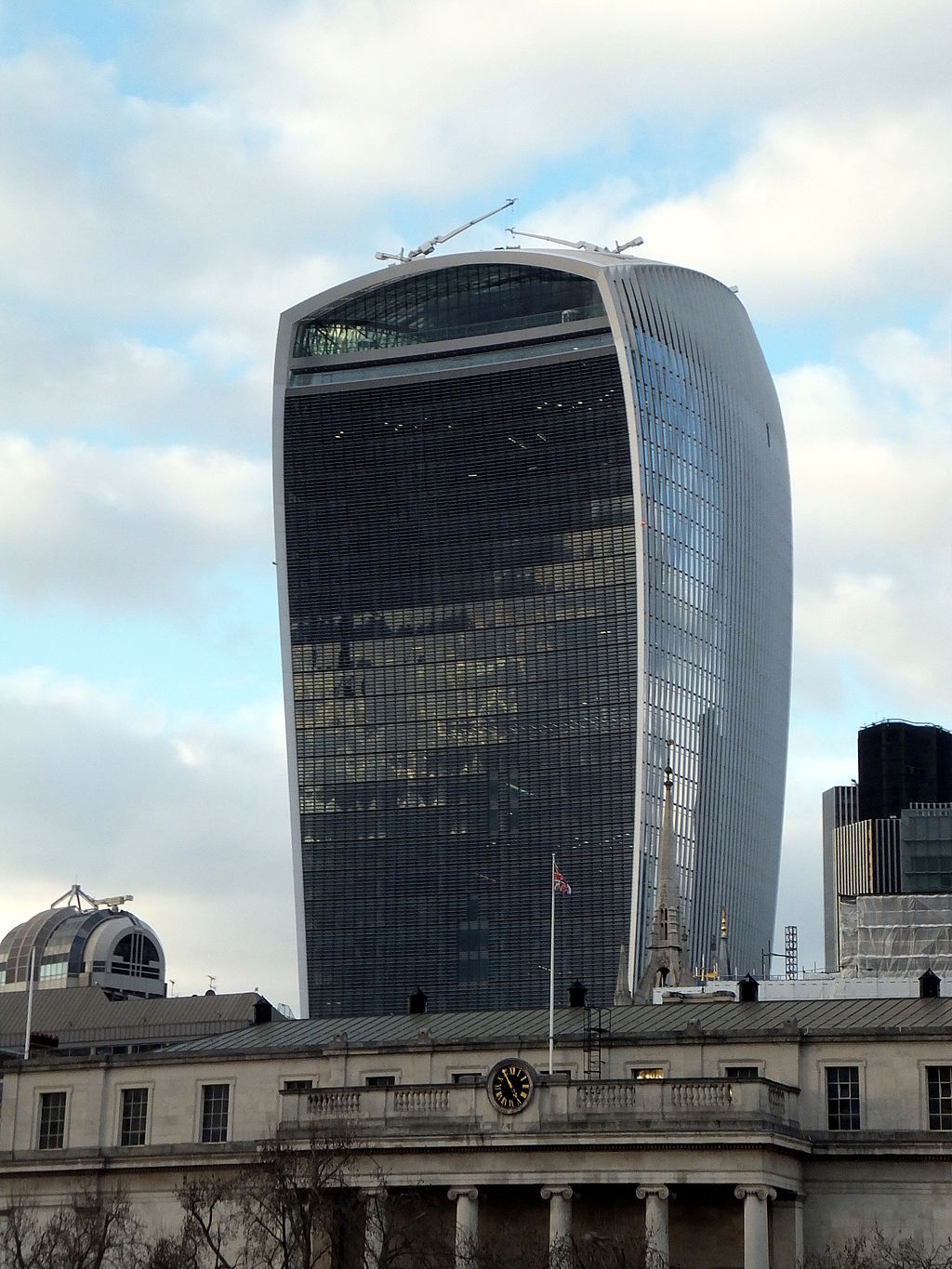 The 37 floor “Walkie Talkie” residential tower locates at 20 Fenchurch Street in London took the shiny glass and steel aesthetic a bit too far. The intense reflection of the sun rays and energy off the building’s wall of curved glass actually melted cars.

As both the UK and the US recovered from the economic stagnation that occurred during the late 1970s, the trend toward conspicuous consumption and trophy architecture took root and grew rapidly. In cities across Europe and the US, glass and steel office towers reached higher and higher into the sky. As with most moves to the extreme, a backlash against the too tall and too shiny buildings started in the late 2000s. With growing awareness of income inequality and anger directed toward the finance sector as a result of the 2008-2009 Global Financial Crisis, overt symbols of extreme wealth, such as ultra-tall shiny steel and glass skyscrapers that were starting to dominate the skylines of London and Manhattan, started to raise the ire of the public. Public sentiment against opulent skyscrapers intensified when the urban residential and commercial towers directly impacted the public. For example, the reflective glass of London’s Walkie Talkie tower melted part of cars parked in front of it on street level, which resulted in the city requiring the owner of the building needing to install a sunshade. 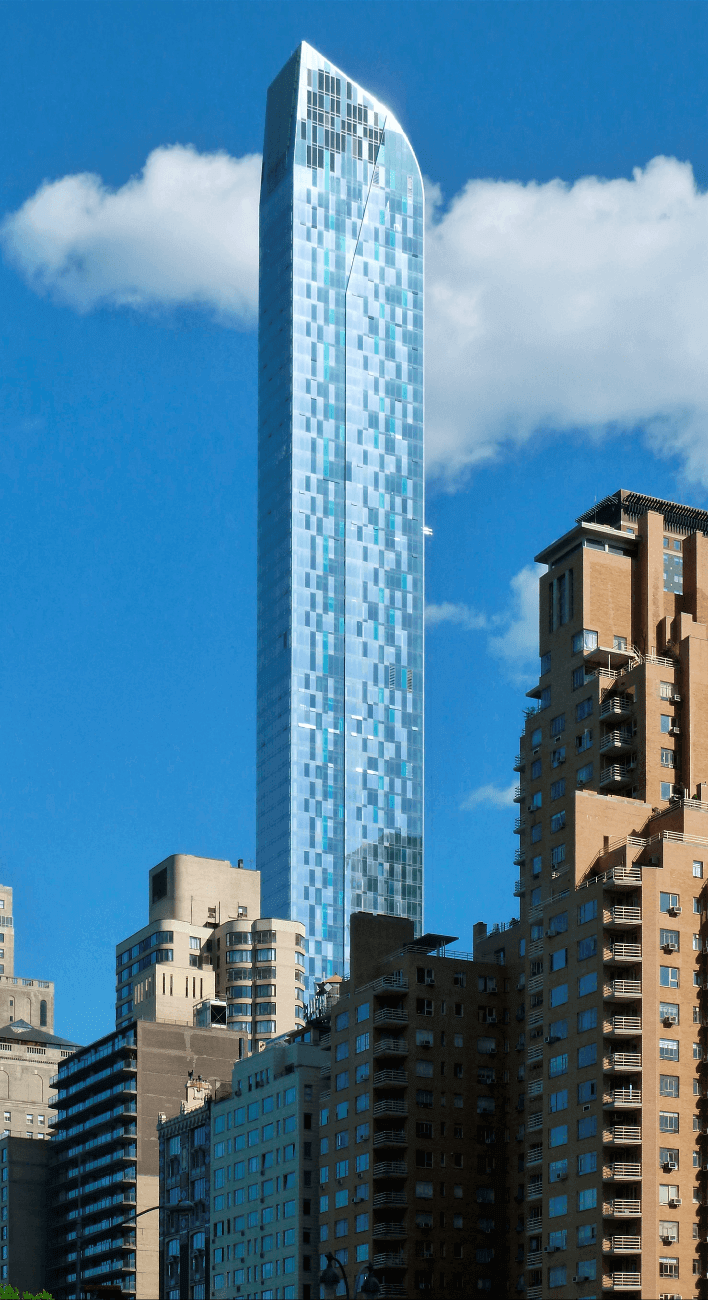 New York City’s One 57 Tower, one of the ultra-tall skinny skyscrapers located along Manhattan’s Billionaire Row, has angered neighbors because of blocked views. In addition, it also casts shadows into nearby Central Park.

In New York City, the One 57 skyscraper, one of the jewels of Billionaires Row located on 57th Street in Manhattan, also became a source of public discord. One reason for the backlash against this tower, as well as others in the area, was that it blocked the views of neighboring buildings where residents paid a significant sum of money for the prized vistas. Other people who spent time in Central Park on a regular basis noticed the trophy towers blocked sunlight.  In fact, the shadows cast by the skyscrapers were so extreme the Municipal Art Society of New York (MAS) drafted a report that investigated the problem and made recommendations involving changing the zoning laws to prevent the future construction of these ultra-tall buildings.

One of the United States’ preeminent Brutalism structures, the Yale Art and Architecture Building, designed by Paul Rudolph while he was the chair of Yale University’s School of Architecture, exemplifies the artistic nature of Brutalism with its “concrete corduroy” façade.

Meanwhile, two books recently published books have received credit for the renewed interest in Brutalism.  The British author Peter Chadwick’s This Brutal World explores Brutalism by celebrating the aesthetic beauty of the buildings. In Modern Forms: A Subjective Atlas of 20th-Century Architecture,  Nicolas Grospierre offers readers more than 200 photographs of examples of Brutalism across the globe.  While the rediscovery of the aesthetic attributes of Brutalism is one reason for the revival of this style of architecture, the flexibility of concrete as a building material also contributes to its growing popularity. For example, the exterior of the Yale Art and Architecture Building, designed by Paul Rudolph and constructed in 1963, features concrete molded to appear like corduroy fabric. 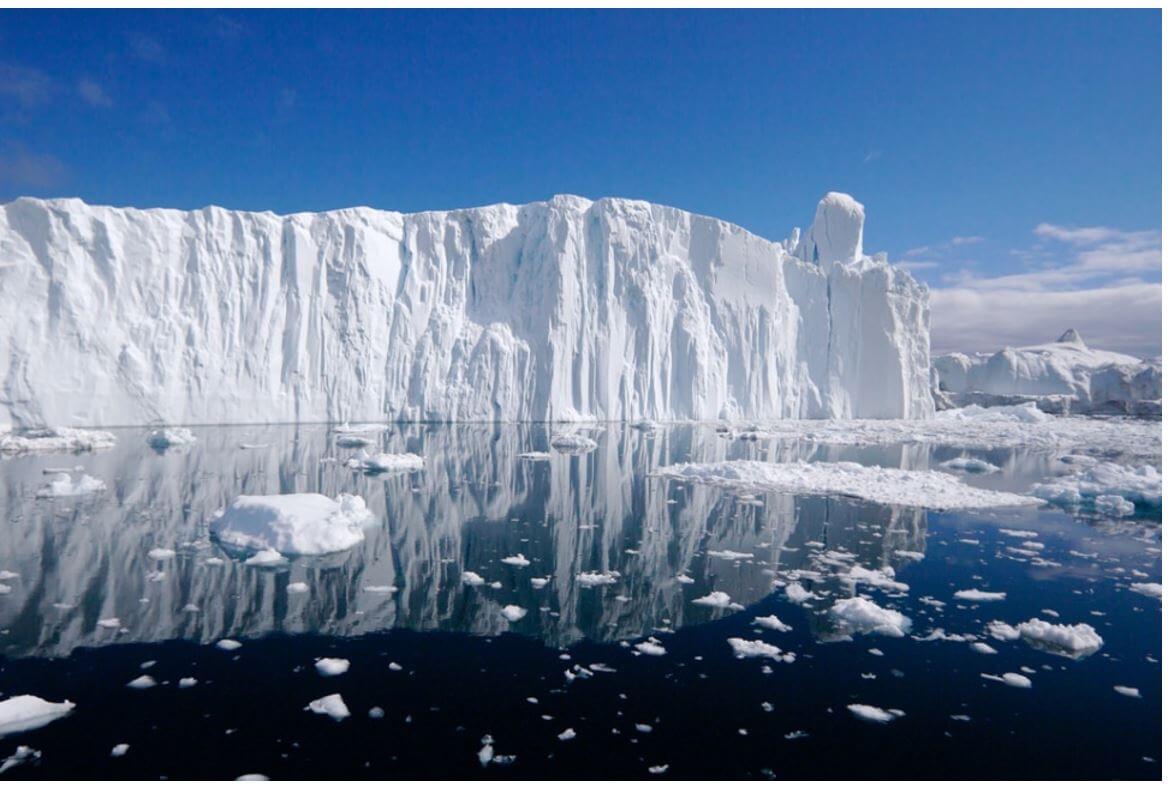 The design Studio Other Spaces submitted for an exhibition hall at the Ilulissat Ice Fjord Park in Greenland uses modern Brutalist design principles while creatively  using glacial ice to mold the concrete used in the exhibition hall named “The Ice Void”.

An example of a 21st century Brutalist architectural design is the proposal submitted by the Berlin-based  Studio Other Spaces  to the Greenland government for the exhibition hall located at the Ilulissat Ice Fjord Park. The plans for the “Ice Void” feature buildings using concrete with space created by melting glacial ice from icebergs calved from the fjord. This application of the principles of Brutalism illustrates the creative opportunities afforded by this style of architecture. 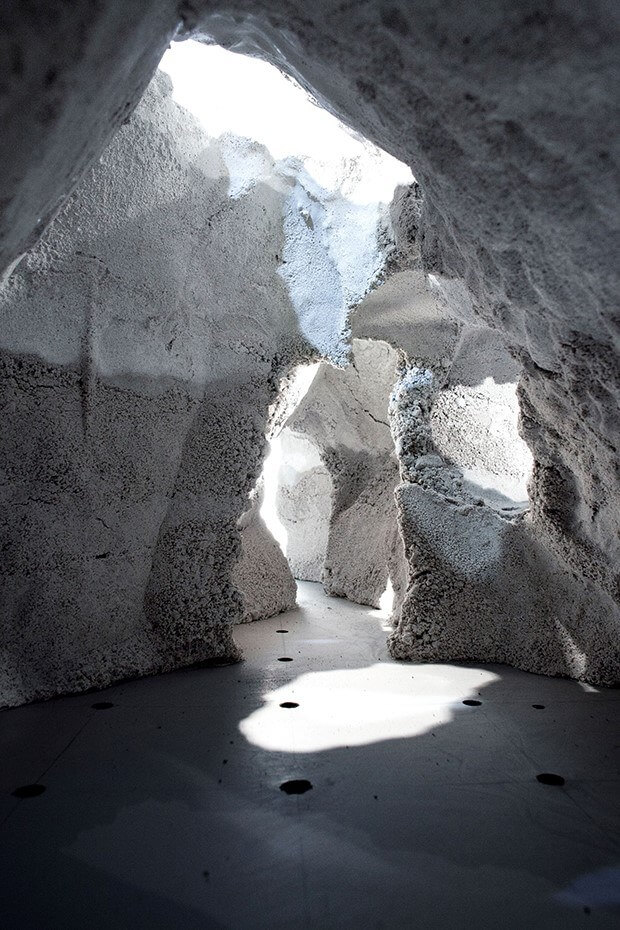 This is an artist’s rendering of the “Ice Void” exhibition hall proposed to the Greenland government for the Ilulissat Ice Fjord Park, a UNESCO World Heritage site. Glacial ice obtained from icebergs calved by the parks ice fjords formed the open spaces in the concrete as it melted.

Brutalist architectural design provides many benefits when used for modern public and private buildings.  Some examples of these advantages include: 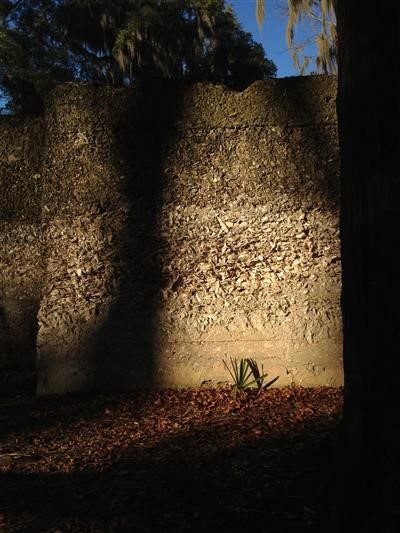 Oyster shells are clearly visible in this tabby concrete wall located on the grounds of Wormsloe Plantation, which is near present-day Savannah, Georgia 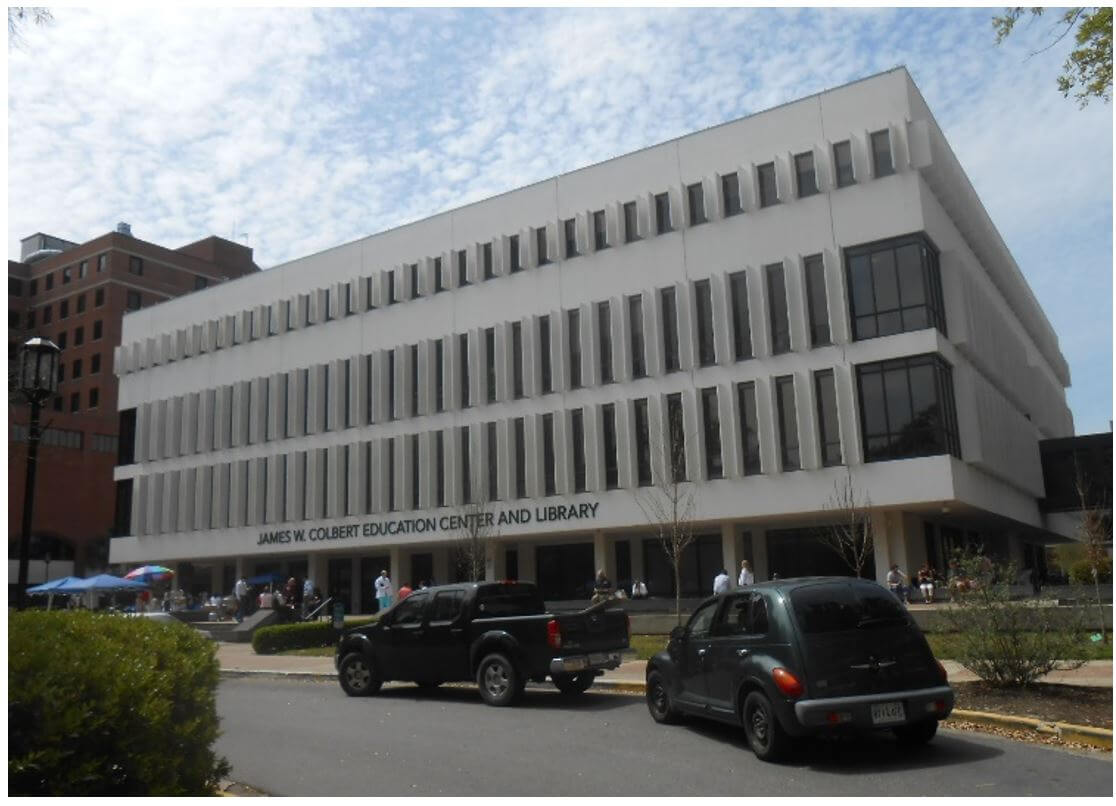 The library building at the Medical University of South Carolina is an example of a 20th century Brutalist structure that uses tabby.

When properly maintained, Brutalist architecture offers significant longevity as evidence by London’s Heyward Gallery and Deny Laden’s Royal National Theatre, which are both located on the southern shore of the River Thames.

Concrete: A Weighty Drawback of Brutalism

The very essence of Brutalism, the use of concrete as a building material, limits its use in certain applications. Since concrete structures can be as much as 30 percent heavier than those made using steel, Brutalist buildings are not suited for sites with soft soil conditions, such as filled marshland or reclaimed landfills.  Another issue identified with Brutalist architecture is that preserving these buildings is expensive when they fall into disrepair, thus many municipalities or building owners lean toward demolishing the structures.

What is your opinion about Brutalism? Do you use this style in your architectural design work?