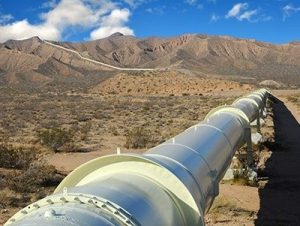 While the national trend for infrastructure spending remains well below what is needed for safe operations, the San Francisco Public Utilities Commission implemented a $5 billion capital improvement program to harden and modernize its water system.

While investment in repairing and upgrading our nation’s infrastructure is sorely lacking, ASCE recently highlighted the San Francisco Public Utility Commission’s (SFPUC) Water Safety Improvement Program WSIP in its Saving America’s Infrastructure series. The goal of this $5 billion capital investment infrastructure is to harden the water system against earthquake damage. Prior to this project, much of the SFPPUC’s infrastructure was seriously beyond its useful life. Compounding the risk of the system’s risk of failure is the fact that major pipelines crossed three of the most active fault lines in the United States. Failure of this water system would affect 2.6 million San Francisco residents and businesses.

WSIP projects began in 2004 and they are now 80 percent complete. The success of this infrastructure improvement is apparent because the projects have already won 26 awards from national organizations, such as ASCE and America Public Works.

Examples of some of the projects include:

• Telsa Treatment Facility: This wastewater treatment facility is the largest in California that uses ultraviolet light to remove impurities from water.

Other projects have added redundancy to the system, increasing its resilience and reliability.