Bauxite Waste Recycling in Roadway Construction: Is it Worth the Effort?

Bauxite, the largest source of aluminum in the world, was discovered is 1821 by a French geologist. It is used to make many of the products we use every day, but the environmental and human health impacts of the mining are concerning – particularly the disposal of the processing waste. Is there anything that can be done to lessen the environmental impact? 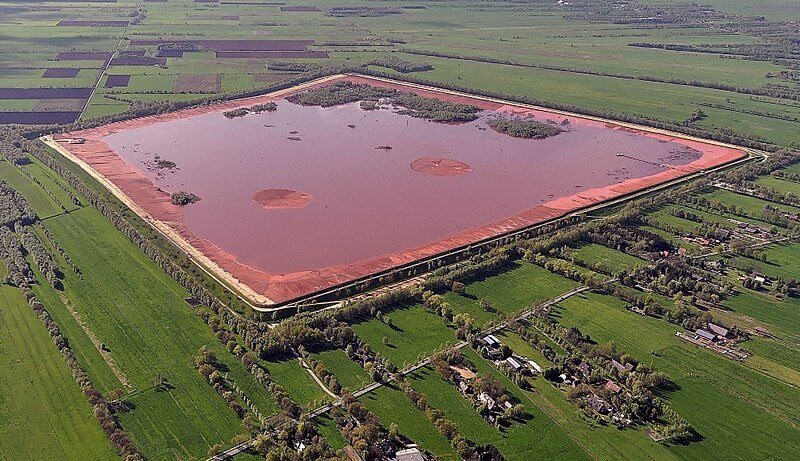 The banning of bauxite ore exporting by Indonesia in 2014 ramped up a largely unregulated strip-mining operation in the Pahang region of Malaysia. This flurry of mining activity was a bit like the wild west. Mining companies rushed in, paid the landowners a minimal amount of money, and proceeded to tear up the land. The mining was mainly strip mining, which can be especially devastating.
Farmers’ lands and crops were destroyed by the strip mining. Locals who lived near the haul roads had just as much to deal with. Everything was covered in the red dust from the trucks, and vegetation died as a result.
This incidence degraded the citizens trust in the government so much that volunteers tested the waters in the Pahang region for heavy metals, arsenic and mercury, rather than trust the testing done by government officials.
After a lengthy moratorium, during which the Malaysian government analyzed the health and environmental impacts, mining was allowed to resume in February 2019. The government hopes that new operating procedures and stricter laws will help mitigate another disaster.
The solid bauxite residue left after the ore processing is called red mud. Most of this by-product has been disposed of in not very environmentally friendly ways – like dumping into the ocean.

Use for the Red Mud

Several applications to recycle this waste have been studied, including extraction of rare metals, production of ceramics, painting agents, fertilizers, and use in cement. A study done in 2018 by the Aristotle University of Thessaloniki in Greece assessed the use of the red mud in asphalt road construction.
This application of bauxite residue hasn’t been studied much. Research in the 1990s suggested the strength of the material would be sufficient for road applications. Standard leach tests done in several studies show that the concentrations of trace metals leached out of the residue are well below the thresholds. This suggests the material is safe to use as a roadway material.
The road studied in 2018 was built near a bauxite processing plant in Greece in 2009-2011. The results of the assessment showed that there was no significant damage, meaning no potholes or severe cracking, after nine years of heavy use. The average daily traffic was estimated to be 200 trucks – half of which were fully loaded at 30 tons each.
The main drawback of the bauxite residue as a roadway material is the cost of transportation when compared to using onsite materials. The authors of the study identified roads in the vicinity of the bauxite processing plants as the best candidates for bauxite residue roads.

Another goal of the study was to establish some best practices for the use of bauxite residue in roadway construction. Several mix designs were tested for strength properties. The mix design chosen was: 90% bauxite residue, 10% bauxite aggregate less than one inch, and 3% fly ash. This mix design had a California Bearing Ratio of 85 to 110, which is very high for a fine gradation soil.
The mixing was done on site just before placement. A low moisture content of less than 5% will limit the possibilities of a premature chemical reaction occurring, which could cause failure of the material during construction. In 2011, the road was covered with an asphalt concrete layer to mitigate dust issues.