As more and more structures reach old age, structural health monitoring systems are becoming more important to our safety. These new monitoring systems create massive amounts of data and with that comes the need for data processing – otherwise the data is useless. 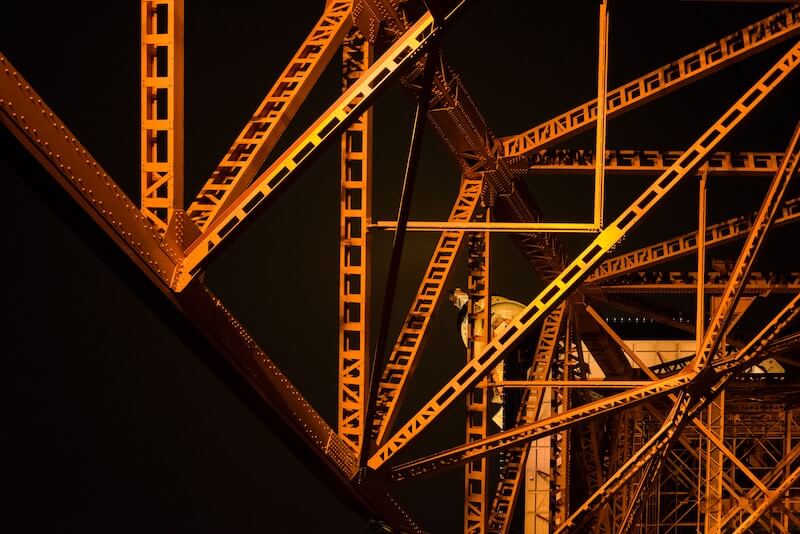 The current methods of data processing for structural monitoring come with many challenges. The sensors are only at some locations in the structure, making the information limited, and hindering the ability to develop detailed models. The sensor noise makes for modeling uncertainties. The current theory is often insufficient to explain the behavior of the structure. Variations in structural properties created by varying temperatures also create modeling uncertainties.

Because of all these challenges, one model is not expected to accurately represent reality – there is just not enough data collected to precisely determine a model. “Bayesian inference provides a general, rational, and robust tool that is capable of handling the difficulty of non-unique solutions.”

What is Bayesian Inference?

Bayesian statistical theory differs from the more commonly used frequentist statistics in that the results can be updated with new information and extra variables can be included. When using Bayesian inference, models – mathematical representations of the observed events – and parameters – factors impacting the observed data – are developed. Using these two together, a more accurate estimation of probability can be calculated.

Here is a simple example to demonstrate how Bayesian inference works: two people take a test four times – one (person A) scores higher on the exam three times and the other (person B) scores higher one time. Who is most likely to score higher on a fifth exam? Based on this information we might want to bet on the person who scored higher three times out of four – person A.

However, say we are given information – parameters – about what the test takers had for breakfast. When the test takers were fed doughnuts for breakfast, person A scored higher one time and person B one time. If doughnuts are on the breakfast menu the day of the fifth exam, Bayesian statistics now tells us that person B has a higher chance of getting a better score than we originally thought.

In 2012, a study published in Smart Structures and Systems reported the results of a structural health monitoring analysis done using Bayesian inference on the Canton Tower in China. The study was done in two stages: the first stage was done to determine the modal properties of a structure and associated uncertainty. In the second stage a finite element model of the tower was updated using Bayesian methods. Researchers on the study concluded that the Bayesian framework was successful at achieving the goals of the Canton Tower benchmark study.