Can a New Desalination Process Offer a Solution to California’s Water Shortage? 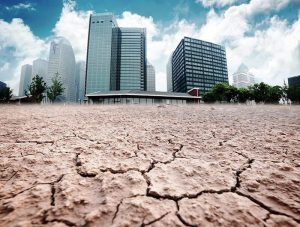 The government and the people of California enter their fifth year of severe drought conditions, they are seeking alternatives to tightening already strict water use restrictions. Could a new desalination developed by engineers at Humboldt University and the University of Southern California offer a solution?

As California faces a fifth year of severe drought conditions, a NASA water scientist wrote an op-ed recently in the Los Angeles Times that only one year’s supply of water remains stored in the state’s reservoirs. With Governor Brown declaring a drought emergency in January 2015, state officials are scrambling to find solutions to California’s ongoing water shortages that significantly affect industry, agriculture as well as drinking water supplies. While desalination plants have been mentioned as a possible remedy to the water shortage, scientist and government officials have deemed current desalination processes too costly both monetarily and environmentally. Fortunately, engineers at the University of Southern California and Humboldt University have developed a new desalination process called Reverse Osmosis- Pressure Retarded Osmosis (RO-PRO) that overcomes the shortfalls of using reverse osmosis alone to remove salt from seawater to create potable drinking water.

California Awards $600,000 Grant for Development of a RO-PRO Prototype


Traditional desalination processes use reverse osmosis (RO) to remove salt and other impurities from seawater. Unfortunately, RO is energy intensive, expensive, and creates a high salinity brine that is toxic to marine animals. By adding Pressure Retarded Osmosis to the process, research engineers report the process uses 30 percent less energy and the salt-water byproduct contains the same amount of salt as seawater. The RO-PRO desalination process shows enough promise that the California Department of Water Resources awarded the Humboldt and USC engineers a $ 600,000 grant to develop a desalination RO-Pro prototype system. If successful, the state plans to implement the process in other water plants throughout California.