According to new research the dams, levees, and river diversion projects along the Mississippi River completed during the 20th-century may have the opposite effect of what engineers intended. 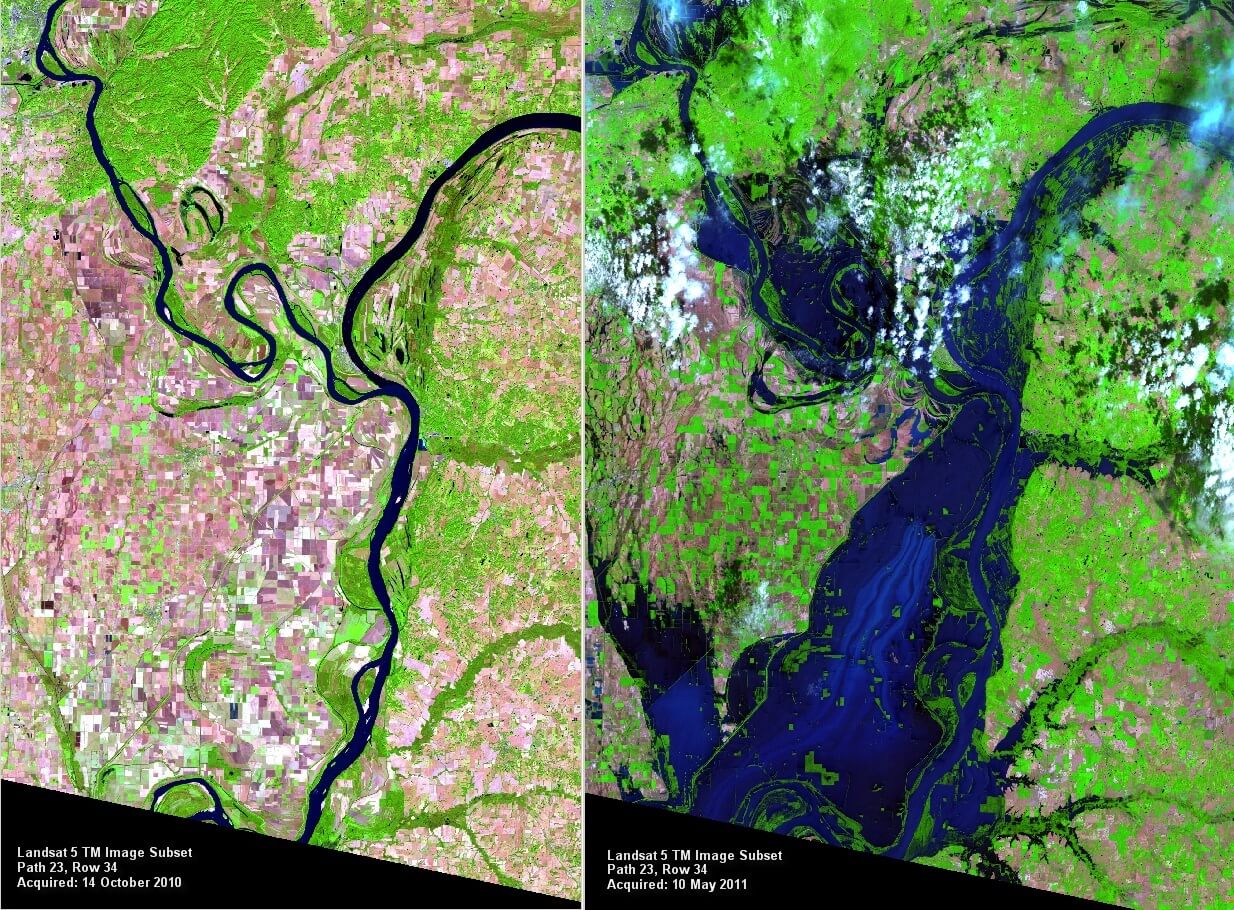 From the summer of 1926 to August 1927, exceptionally heavy rains filled the Mississippi River basin, which put 16 million acres of land underwater and led to the displacement of more than  640,000 people from their homes. For example, at one point during the Great Mississippi Flood of 1927, the width of the Mississippi River at Vicksburg, Mississippi reached 80 miles. In an effort to limit the extensive damage to homes, businesses, and farmland in future severe flooding events, the Federal government established the Mississippi River and Tributaries Project and the Mississippi River Commission. In 1928, these agencies along with the United States Army Corps of Engineers began a number of river diversion and flood control projects along with river engineering work to enhance commercial navigation.

The 2011 Mississippi River Flood put the 20th century flood management projects along the Mississippi River to the test. The storms that occurred during late April and early May 2011 dumped half the average yearly rainfall for the mid-Mississippi River Valley in a mere two weeks. This deluge led to the river rising 13 feet in a mere 19 days in Vicksburg, Mississippi, which was unprecedented. On May 19, the Mississippi crested at 57.1 feet at Vicksburg, which was 14.1 feet above flood stage and 0.9 feet higher than the crest during the 1927 flood. In Memphis, Tennessee, the Mississippi River reached 47.8 feet. In fact, the river reached its highest level ever along the 70 mile stretch between Missouri and Tennessee. While initial assessments of the performance of the flood control systems in 2011 suggested they helped limit damage and loss of life, new research released by the Woods Hole Oceanographic Institute (WHOI)suggests that the 20th river engineering project may actually increase the severity and frequency of extreme flooding events. How did this team of environmental scientists reach this conclusion?

Watch the video below to see the power of the 1927 Mississippi River floodwaters and the catastrophic damage caused by this historic flood.

Investigating 500 Years of Flood Events Along the Mississippi River 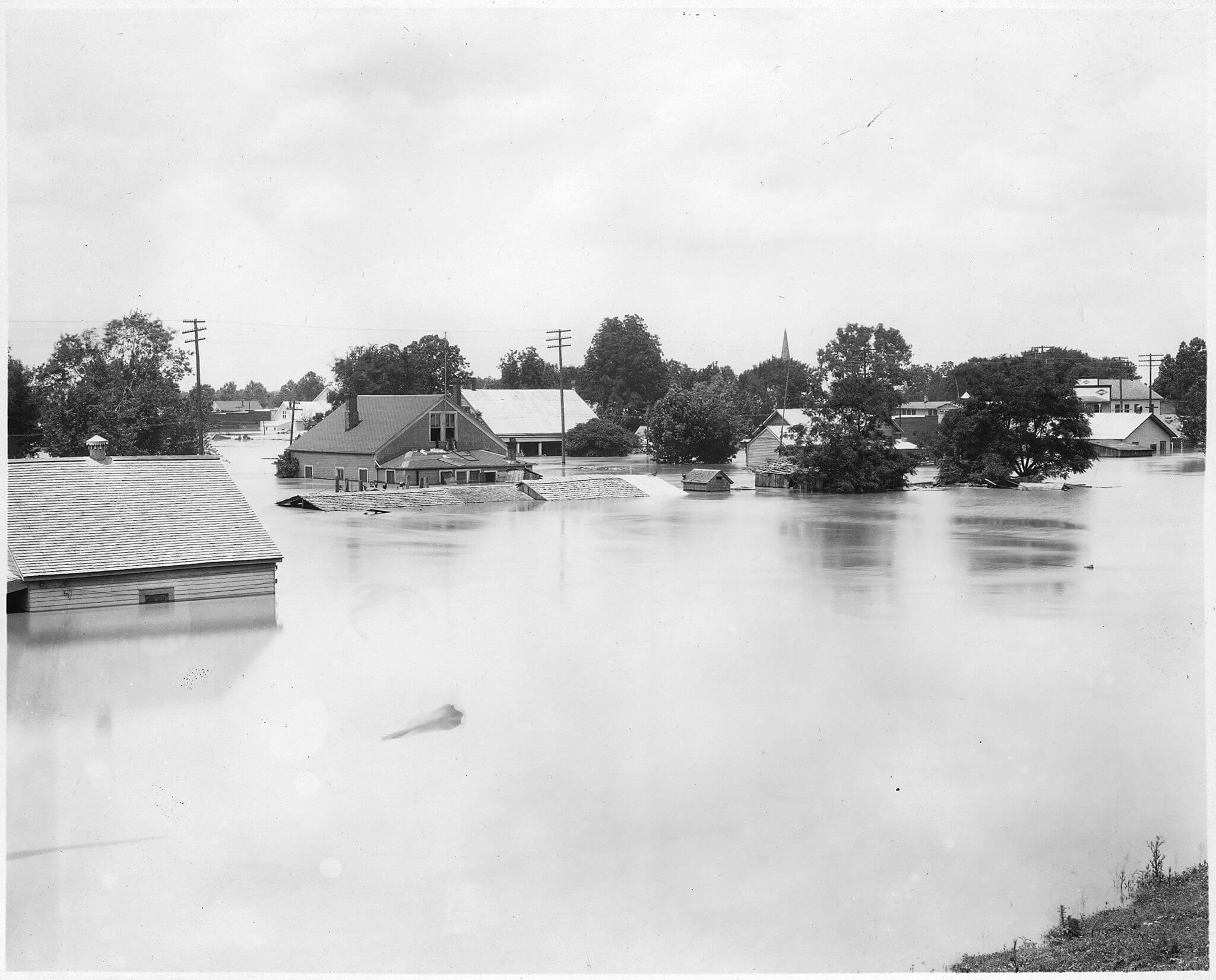 The 1927 Mississippi River Flood, considered the worst flooding event in United States history, devastated communities such as this one on the banks of the Lower Mississippi River. Image Credit: U.S. National Archives and Records Administration via Wikimedia Commons

When massive floods occur along the Mississippi River, the rushing flood water spills large particle sediment and organic matter from the river into adjacent lakes and tributaries.

In order to study the flooding events along the Mississippi River, the scientists extracted cores of sediment from the bottom of Lake Saint John, Lake Mary, and the False River using 30-foot long aluminum tubes. The team then compared the size of the particulate grains they collected with those from documented flood events, which allowed them to estimate the size of unrecorded  flood events.

To determine the date of undocumented flood events along the Mississippi River, the environmental scientist used one of the following methods:

By using these techniques, the WHOI team extended the history of flood events and their severity by 500 years. They then compared the frequency and severity with naturally occurring fluctuations of sea surface temperatures in the Atlantic and the Pacific since they are correlated with the amount of rainfall in the Mississippi River Valley. 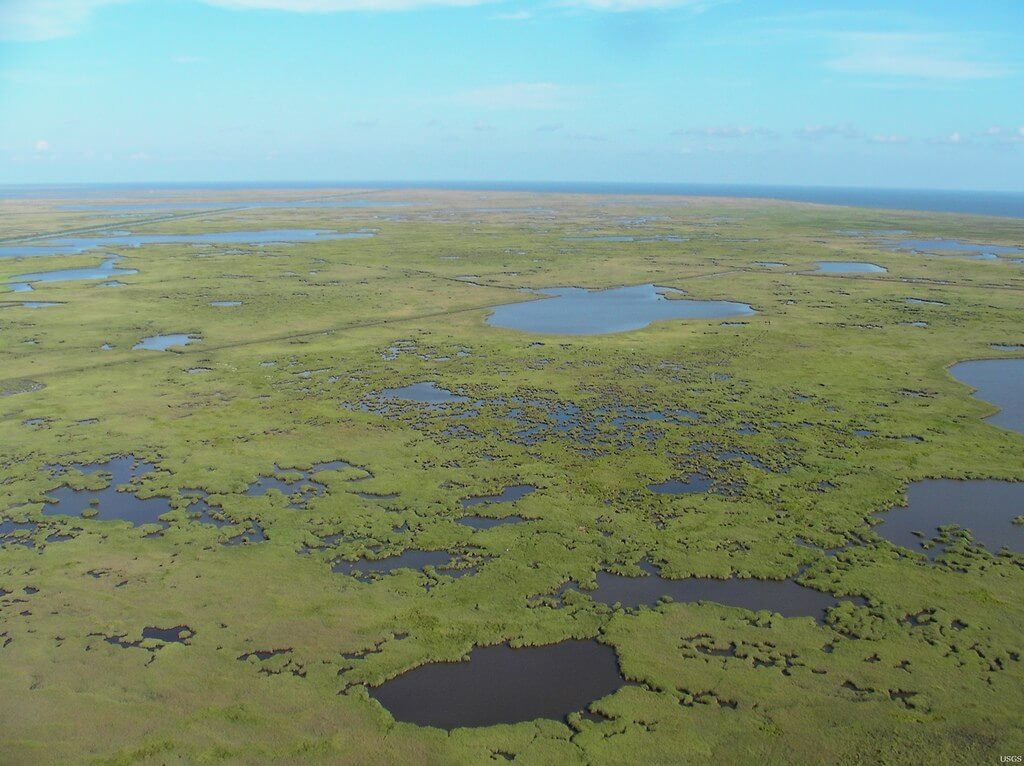 The long-term viability of the Mississippi River Delta, which serves as a buffer against tropical storms and hurricanes, is at risk due to desedimentation caused in part from 20th century upriver diversion projects. Image Credit: United States Geological Survey via Flickr

The WHOI team found that the historical record of flooding events on the Mississippi indicated that as river engineering projects progressed during the 20th century, they appeared to have the opposite effect than their intended purpose. They found the diversion projects, levees, and spillways actually increased damage to infrastructure, homes, businesses, and agriculture. To lessen this effect, the team suggest restoring the natural flood patterns.

What is your opinion about the conclusion of the WHOI scientists?