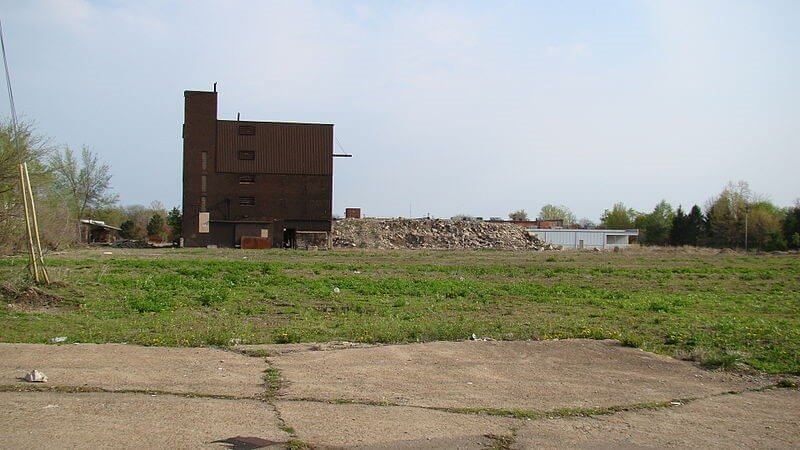 According to the Environmental Protection Agency (EPA), there are more than 450,000 brownfield sites in the United States. These abandoned industrial sites are not only unsightly sources of blight in communities but they also often are contaminated with hazardous chemicals. The pollutants often pose a danger to people who venture onsite as well as to those living in nearby communities as the chemicals pollute the air and water supply. While remediating these sites so they are suitable for redevelopment is challenging, they offer significant financial, economic, social and community benefits.

The Advantages of Brownfield Remediation and Redevelopment

Some examples of the benefits of taking on the task of brownfield cleanup and redevelopment cited by the American Planning Association (APA) , the EPA, and the Sustainable Cities Institute include the following:

While brownfield remediation and redevelopment offers a number of financial, economic, neighborhood, and local governments numerous benefits, successful completion of these projects require a high degree of collaboration and attention to detail.

The Process of Brownfield Site Redevelopment

The APA recommends securing one or more of the following documents to ease the concerns of lenders and/or investors:

As with any contract involving a potential liability issue, property owners and developers need to have an environmental attorney experienced with brownfield redevelopment issues, or a commercial professional liability insurance professional, to review any contracts or government documentation issued in order to decrease the level of risk associated with the project.

Once the cleanup plan receives approval from regulatory agencies, the remediation of the brownfield site starts. When establishing a timeline for the project, ensure to account for potential delays for periodic inspections.

While brownfield redevelopment is more time -consuming and complex than the development of non-contaminated sites, it offers the opportunity for innovation. In addition, rehabilitating former industrial sites opens new space for construction in dense urban areas.

Located in downtown Denver, the administration of the Metropolitan State University (MSU) faced a challenge when they wanted to build a new athletic complex – the only open site near the urban campus was a former industrial site. An environmental assessment of the 13-acre parcel found soil contaminated with multiple hazardous substances, including lead, tar, and asbestos, as well as a polluted groundwater plume. When university officials consulted with a local engineering firm about cleaning up the brownfield site, the initial $ 3 million estimate made the project cost-prohibitive.

The engineering firm based their estimate on the use of traditional remediation practices involving excavation of the contaminated soil, which was 15 feet deep in places, hauling and disposing of the toxic material, and replacing the removed fill. Another problem with using this process was that it would be time-consuming, which made completing the project within the seven-month deadline impossible. Fortunately, the engineering team proposed an alternative method to rehabilitate the site – deep dynamic compaction.

The Use of Deep Dynamic Compaction in Brownfield Redevelopment

The deep dynamic compaction process (PDF) recommended by the engineers involved dropping a steel ball, weighing 30 tons, from a 100-foot-tall crane. The onsite team would lay out a grid with 10-foot squares and then drop the ball seven times in one area, creating a five-foot-deep crater, before moving to the next section of the grid. Using this process, the engineers reported 80 sections of the grid could be completed each day, meaning the first pass would take three months. The second pass would involve compacting soil located in areas off the grid. The final pass would involve using a lighter weight to tamp the fresh soil used to fill the crater. While this process was significantly less expensive than traditional soil remediation methods, it created a great deal of noise and vibration, as well as the risk of releasing toxins into the air. Despite these potential problems, MSU officials accepted the proposal and gave the go-ahead for the project.

During the deep dynamic compaction process, the engineers monitored the air quality and noise, as well as the amount of vibration, which registered within acceptable levels. Since the brownfield site was located a fair distance from other businesses, the work was not disruptive. Once site team completed the deep dynamic compaction process, they used geotechnical drilling to measure the amount of soil compaction. This process involved dropping a 140-pound hammer from a height of 30 inches into the soil. The engineers documented the number of blows required to penetrate the soil. They found twice as many blows were needed for penetration after deep dynamic compaction as were required prior to the remediation work.

The Efficacy and Benefits of Deep Dynamic Soil Compaction.

Once the engineering team completed the site work, regulators from the Colorado Department of Public Health and Environmental Voluntary Cleanup and Redevelopment Program assessed the site. The state officials approved the site and issued A No Further Action Letter, which allowed the construction of the $25 million Regency Athletic Center. The facility was completed on time and on budget.

Some of the advantages of using deep soil compaction outlined by the engineering firm include:

The engineering firm received Colorado’s top engineering award from the Colorado Council of Engineering Companies for the successful application of their innovative approach to brownfield redevelopment.

Has your firm taken on the challenge of brownfield redevelopment? If so, what was your experience?