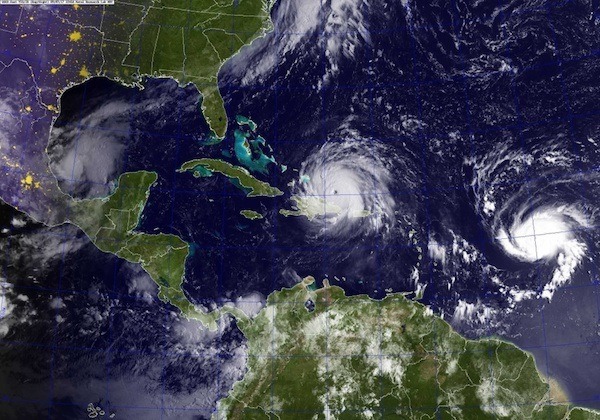 The aftermath of Hurricane Irma left much of the Florida Keys, the Virgin Islands, and the Caribbean completely uninhabitable, wreaking havoc on wastewater facilities and even underground sewage lines.  When these coastal disasters strike, many Floridians often head to the centrally located City of Orlando to safeguard their families from the potential destruction of Mother Nature.  However, at an estimated 400 miles in diameter, Hurricane Irma would not leave Orlando completely unscathed.

On September 12, 2017, city officials discovered some 15,000 gallons of raw sewage leaking into Lake Formosa from a ruptured pump inside a privately-owned lift station at The Gallery at Mills Park apartment complex.  Within hours, they immediately released a Lake Alert, warning citizens of “possible elevated fecal coliform counts” and to cease all water-related activities.

A similar situation occurred near Lake Rowena, as well.  And while the drinking water of the surrounding communities did not appear to be negatively affected, occurrences such as these bring to light the potentially catastrophic consequences of inadequate concrete inspection practices.  While Orlando caught their related water disaster in the early stages, other communities such as Barbuda and St. Martin are still assessing the damage.

According to the U.S. Federal Emergency Management Agency (FEMA), local and state government must have an adequate disaster recovery plan in place related to infrastructure and transportation restoration.  The public facilities involving water, sewer, stormwater, and solid waste fall into this category.

While FEMA dictates that local governments should create an alternative plan for “post-disaster changes in service demands,” the responsibility of adequate concrete inspection after the disaster strikes can save millions of lives in the future.  Key objectives include the following.

Engineers should also keep in mind that there are essentially three different levels of underwater inspections, each more detailed than the next.  A General Visual Underwater Inspection occurs in the beginning stages to determine corrosion, stress, impacts, or biological issues related the perceived damage to the concrete.  A Close Level Inspection usually involves the delicate removal of debris or corrosion before the final repair takes place.  And a Highly Detailed Inspection involves the engineers examining the infrastructure for tiny, minute hairline fractures and other forms of possibly hidden damage which may ultimately affect the selections of final repair methods and materials.