Identifying the Source of Ammonium Emissions in the Open Ocean 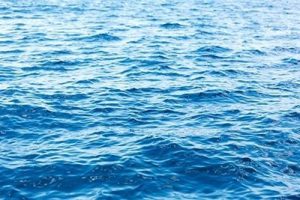 By differentiating naturally occurring compounds in the environment from manmade pollutants, policymakers are able to make better decisions to protect waterways, ecosystems, as well as public health.

Brown University recently announced the finding of a research study by Meredith Hastings, the Joukowsky Assistant Professor of Earth, Environmental, and Planetary Sciences that investigated the differences in level of ammonium in rainwater originating from the tropics and that coming from the continental United States. Hastings and her research team conducted their experiment at a research station in Bermuda where they collected rainwater samples during a two-year period to determine the amount of ammonium, a significant source of nitrogen pollution. They chose Bermuda because the air currents emanate from the southern tropics for part of the year, while during the second half of the year the air masses come to the island from the United States.

The Research Findings
To the surprise of Hastings and her colleagues, the levels of ammonium and nitrogen isotopes were the same in the samples originating from open ocean waters and those coming from the continental United States. Upon further investigation, the research team found that the levels of ammonium in the rainwater samples appeared to come from natural sources as opposed to manmade pollution. Dr. Hastings pointed out that this finding does not mean that ammonium pollutants were not deposited closer to the United States. She also mentioned the results of the current study differed from previous research into levels of nitrates in rainwater, which indicated this source of nitrogen was an anthropogenic pollutant. Further study of different sources of nitrogen will provide the basis for making sound policies that pinpoint the source of environmentally harmful compounds.