Influence in Architectural Design and Urban Planning: Google’s Reach into the Built Environment

While Google’s broad-reaching influence in the digital world is inescapable, the internet giant is also making its mark in the physical worlds of architectural design and urban planning. 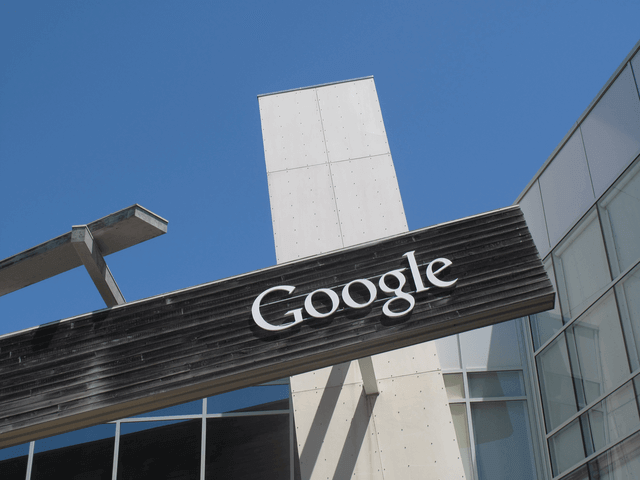 Google’s plans for its campuses in Mountain Valley, Sunnyvale, and San Jose illustrate the ways the tech giant is exerting influence in real life spaces.

With the release of the initial plans for a one million square foot campus in Sunnyvale, CA, trends are emerging in the Bjarke Ingels Group’s (BIG) designs for Google’s campuses. For example, plans for Google’s offices in Mountain Valley, Sunnydale, and San Jose all include landscaped rooftops, a focus on physically active means of transportation around the campus, and mixed uses. What are the other common elements among Google’s planned campuses? How do these large complexes affect surrounding neighborhoods? Is Google still living by its old motto “ Don’t Be Evil” ? 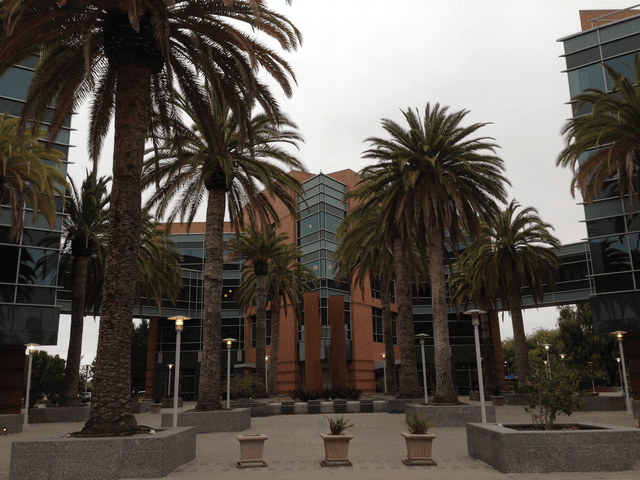 One of the entrances to Google’s original Googleplex as it appeared in 2014. The lines of the structures depicted in the plans for the technology company’s new campus are more complex and tend to be curvilinear. Image Credit: Runner1928 via Wikimedia Commons

According to The Mercury News, Google and BIG released plans for a one million square foot campus located in Sunnyvale, CA. Renderings of the project, described by Designboom, depict two five story office buildings, one containing 505,000 square feet and the second having 538,000 square feet. The structures appear to form hillsides topped with zigzagging landscaped terraced rooftops. The intention of the incline design is to allow those who work in the offices to walk, bicycle, or rollerblade to different levels of the buildings. Dezeen elaborates that glazed windows will fill the space in between the slopes. Each building will have its own central utility plant. The complex will also have 2,085 parking spaces divided between a parking garage and surface parking.

These plans are similar to the design scheme used in Google’s new Mountain Valley, CA headquarters that blurs the lines between indoor and outdoor spaces. Another similarity is connectivity to neighborhood streets that permit the public to enjoy the open spaces landscaped with native vegetation or to dine in the cafes and shop in the stores located on the ground floor of the structures. Additionally, Google has plans to add housing to the complete the mixed use project in order to help address the transportation issues that plague Silicon Valley. The tech giant’s new project in San Jose illustrates another way the company is attempting to curtail their employees from adding to the congestion on the highways. 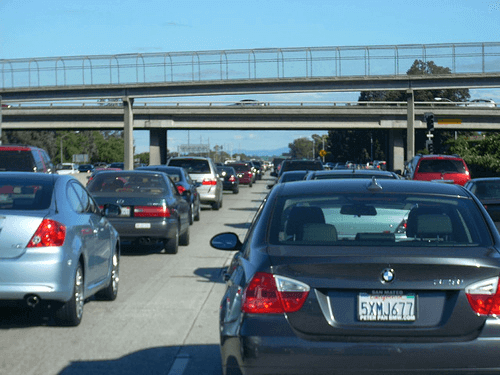 One of the goals of the Google Village is to address the severe traffic congestion afflicting San Jose and other areas of Silicon Valley. Image Credit: Richard Masoner via Flickr

Since San Jose ranks fifth in terms of the worst traffic congestion in the United States, Google knew that an office complex with six to eight million square feet to house 15,000 to 20,000 workers would face significant public pushback. To overcome this obstacle, the technology company acquired numerous parcels of land surrounding San Jose’s Diridon Station. City officials hope to revitalize the train station, so it is a hub for mass public transportation that includes BART, Caltrain, light rail, Amtrak, the ACE train and potentially a bullet train connecting Los Angeles to the Central Valley as well as Silicon Valley. San Jose city leaders also foresee that Google will act as the master planner for the area.

While Google’s intentions are good as far as trying to limit the amount of traffic generated by their San Jose village, the company is adding to another hot button issue affecting the area – rapidly rising property prices. The Mercury News reports that prices for land near the proposed Google Village have more than doubled from $100 per square foot to $220 per square foot. In one case, a property just sold for more  than 36 times its assessed value. While the sellers of the vacant lots, industrial properties, and retail sites are benefiting from this boom, the run up in prices adds to the significant problem of gentrification that shuts out small businesses and low and middle income residents.

What do you think about Google’s plans for their projects? In your opinion, how will these developments affect the surrounding community in the long term?