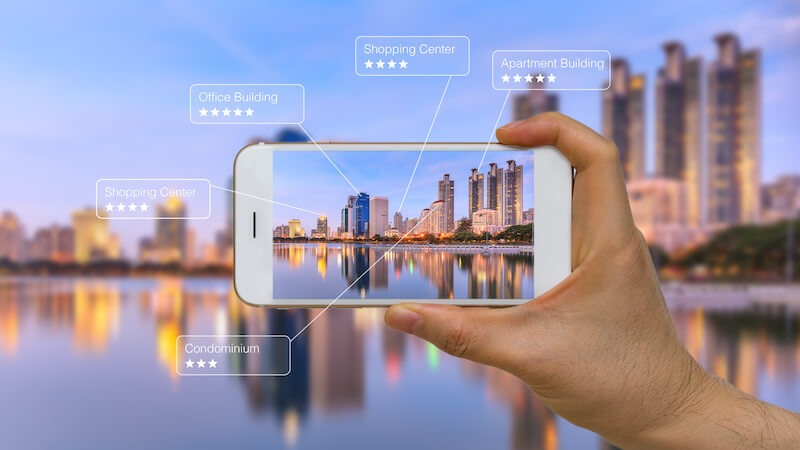 When surveyors are locating or maintaining assets in the field for utility companies or landowners, they typically rely on existing 2D paper maps to find those assets and/or control points. This requires the surveyor to mentally transform the 2D map into reality. It sounds simple, but it isn’t always straight forward.

Land surveyors need to have a good imagination and need to understand map scales, generalization and symbol language to be able to make the 2D to reality transformation. Improved technology would greatly improve the accuracy of the surveying, as it would no longer be dependent on what is – more or less – the surveyor’s educated guess.

What is Augmented Reality?

First developed in 1992, Augmented Reality is an image of the real world with digital augmentation overlaid on it. Typically, the digital image is viewed through a smartphone, but special sunglasses or even contact lenses could also be used.

The most well-known use of Augmented Reality is the game Pokémon Go – users view the real world through their smartphones and capture Pokémon that pop up on the screen. Another common use is the filters using in social media apps like Snapchat and Instagram.

Some of the most useful applications of Augmented Reality so far have been in archeological education – from helping researchers visualize sea levels during the stone age to bringing the town of Pompeii alive for tourists.

How Can Augmented Reality Be Used by Land Surveyors?

A study done in 2019 by students at Malmo University in Sweden was done to answer the question: How useful would augmented reality be for land surveying? The study developed an augmented reality program for identifying land parcels, which was then reviewed by three land surveyors.

The study found that augmented reality could be extremely beneficial to land surveyors, however the three participants did not all think it could replace the traditional 2D maps – just supplement. In order to visualize the program replacing 2D maps, the program would need to expand the details of the augmented reality program to imitate the level of detail found on the 2D maps.

Each corner of a land parcel should be marked with a control point. These control points can be difficult to locate and locating them is often the slowest part of the process. The participants thought that by enabling the land surveyor to quickly locate old control points it had already proven its worth to them.