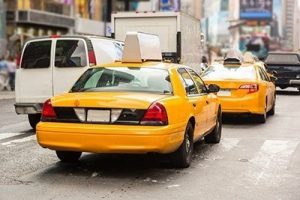 Computational modeling of any system involving human decision-making is a challenge because people often make unexpected choices. A research team from the civil engineering schools at the Massachusetts Institute of Technology and the University of Notre Dame has developed a new model that accurately predicts traffic flow.

An accurate and reliable means of predicting traffic flow would provide benefits for not only city planners and traffic engineers, but also for commuters for route planning. In addition, emergency management authorities could use such a model when establishing emergency evacuation routes. Until recently, computational models of complex systems were limited in their ability to make accurate predictions about human scale systems. Current models rely upon gravitational models that do not adjust well to changes in a system. For example, the current traffic flow models decrease in the reliability of their predications when variables like road construction and disaster situation are introduced into the model.

MIT recently announced one of their civil engineering professors collaborated with a team from the University of Notre Dame to develop a model that adapts to changes in human scale systems, such as traffic flow. This innovation, referred to as a radiation modeling, adapts to changes in the system reflecting the decisions people make. Their traffic flow model correlates strongly with real world traffic conditions even when different decisions about routes, destinations, and cost related factors are introduced. The independent variables in their traffic flow model include the distribution of the population, the location of office building and retail clusters, and the structure of the highway and road network.

Additional information about the development of this model can be found in the journal Nature Communications.