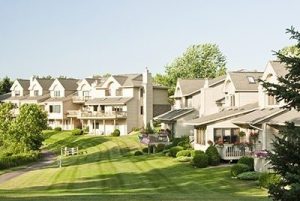 While the November AIA Billings Index remained in positive territory, the overall growth in the demand for architecture services continues a downward trend.

While the demand for multifamily design services remained strong during November 2014, according to the American Institute of Architects’ Architecture Billing Index (ABI), delays in state and local government projects due to economic issues dragged the ABI down to 50.9 from 53.7 in October 2014. This continues the decline in the growth of the overall billings that began September 2014. Despite this drop, all sectors in the architecture industry demonstrated some level of growth. In addition, a survey of architecture firms indicates the most anticipate a five to six percent growth in revenue for 2014.

Even though the November 2014 New Project Inquiry score dropped to 58.8 from 62.7 in October, a new metric released by the AIA, the New Design Contracts score, which was 54.9, suggests a continuation of modest growth in 2015. This is also positive leading indicator for the construction industry as well.

The AIA survey also found the following to be the leading concerns of architects going into the new year:

• Most firms expressed apprehension about finding quality contractors for their projects.

• Volatility in the cost of construction material may put a drag on demand for services if clients perceive building expenses for projects exceed their budgets.

• The principals at many firms worry about finding qualified staff for their businesses.

It is of note the AIA survey occurred before the release of the third quarter US gross domestic product numbers, which indicated 5 percent growth. With this level of growth, it is likely the demand for architectural services will be stronger in 2015 than the November ABI suggests.