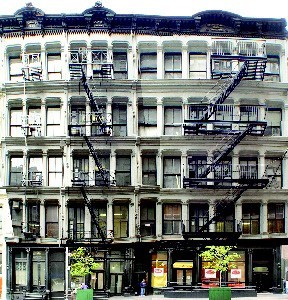 The restoration of historic buildings is a challenge, especially in New York City where the design work must gain the approval of the Landmarks Preservation Commission. For some architects, combining the demands of historic preservation with sustainable design principles may seem to be an insurmountable task; however, Veronica Mainetti, the President of the Sorgente Development Group, and her team proved that preserving historic architecture and using the latest innovations in sustainable design is feasible and financially viable with their project at 60 White Street in Tribeca’s Historic District. When  Mainetti closed the $ 23 million purchase of 60, 62, 66 White Street in 2010, she did so with the intent of restoring the historic cast iron five-story structures while incorporating sustainable design features. The eight luxury lofts went on the market in 2014 with prices starting at $4.585 million and they sold quickly.  Today, two of the buildings house the eight luxurious residential lofts and the others contain offices and retail space. What are the sustainability features implemented in the design of 60 White Street?

The History of 60 White Street 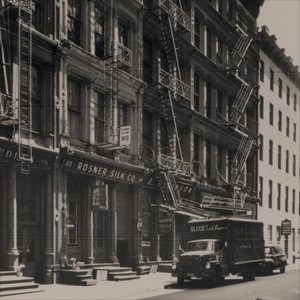 The history of Tribeca dates to the Colonial Era when the area became the first residential district developed outside of the New York City limits. When the district became regulated somewhere between 1807 and 1810, Tribeca’s streets were paved for the first time. At the dawn of the Industrial Revolution in the 1850s-1860s, Tribeca’s wood and masonry built homes were razed to build commercial lofts and retail space. In 1869, Matilda A. Grosvenor, the widow of a prominent merchant, commissioned the architect William W. Gardiner to design retail and loft space at 60, 62 and 66 White Street. The Second Empire-styled buildings are notable for their cast-iron Corinthian columns on the first floor and the double hung windows. The upper four stories are significant for the use of two over two double-hung wooden sash windows, the ornamental cast iron façade, and iron fire escapes. Until the purchase of the buildings in 2010, textile merchants occupied retail space on the first floor, while the lofts were used for storage.

To achieve her vision of using sustainable design principles while restoring and preserving the historic façade of 60 White Street, Mainetti commissioned Bostudio Architecture and the preservation architectural firm GTS Group.  The Landmark Preservation Commission (LPC) nixed the first design, which included three rooftop elevator bulkheads that were clearly visible from the street. The revised design easily met the approval of the LPC.  The team used 80 percent of the building’s original material in the restoration and renovation of 60 White Street, while the rest was sourced locally.

Other sustainability features include:

Custom Crafted Windows: Since the windows of 60 White Street are a historically significant feature of the architectural design, finding windows that replicated the style of the originals while meeting the stringent Passive House requirements proved to be a challenge.  The award-winning window manufacturer Zola created a new class of custom windows that look exactly like the 146-year-old original windows, while offering a virtually air tight seal and that also block street noise.

Biophilic Air Filtration and Rainwater Collection: When residents enter the lobby or lounge area of 60 White, they first see a living green wall filled with plants that act as natural air filters. Water captured by the blue roof rainwater collection system is used to irrigate the plants.

Locally Sourced and Reclaimed Building Materials: The floors and cabinets in the lofts are made from 300-year-old, hand-milled oak. Marble quarried in nearby Vermont is used in the bathrooms and the kitchens of the lofts, as well in the common areas.

Even though the 60 White Street project was completed in 2014, the media continues to praise its impeccable historic restoration work along with the use of innovative sustainable design features.

How do you incorporate sustainability into your design work?