Worldwide, around 0.5 billion whole tires are thrown away annually. Since they never break down, that’s a lot of waste. For years, researchers have studied ways to recycle the tires into other products. 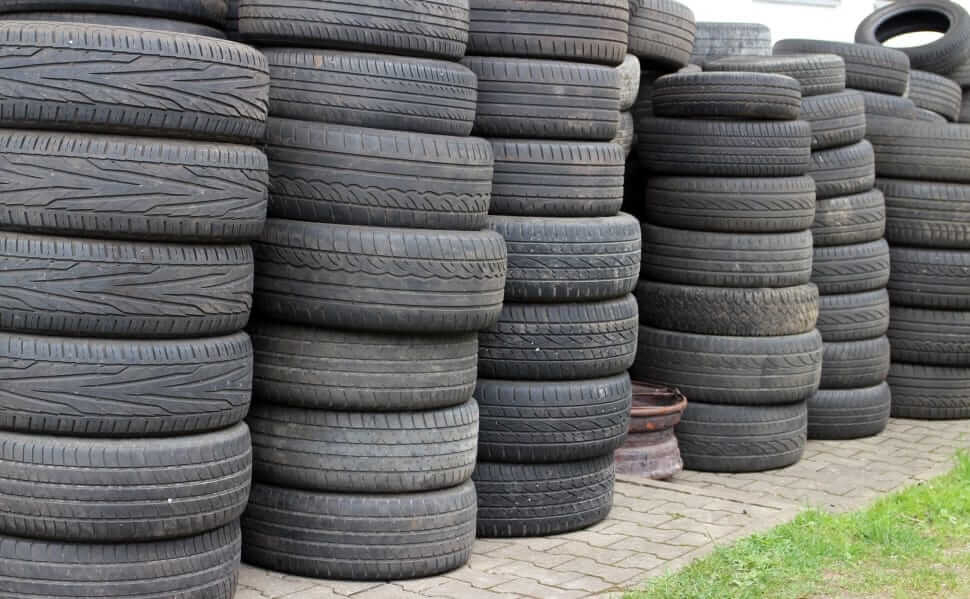 The average lifespan of a tire is 4 years. In the 60s and 70s, we started to throw old tires away either in the landfill or in special stockpiles.

Tire stockpiles come with a whole host of problems. Toxic stockpile fires are extremely difficult to control, with some lasting for over a month. The stockpiles can leach heavy metals into the water supply, and harbor mosquitos and rodents.

In 1990, the United States recognized these tire stockpiles for the extreme hazards they are and acted. Since then, over 94% of those stockpiles have been remediated. Most states now encourage businesses to find uses for waste tires.

Our society continues to grow and use tires. Since tires are nonbiodegradable, they will never break down. So, the problem remains, albeit to a lesser degree.

Various applications for recycling tires have been studied for the past 30 years. They were even thinking of ideas for reusing tires back in the 19th century when cars were invented.

A study was done in Australia, published in 2020 in Resources, Conservations & Recycling, that reviewed previous research on applications of waste tires in civil and geotechnical engineering. The purpose of the study was “to analyze the properties of waste [tire] rubber and navigate research conducted in relation to applications that specifically target geotechnical works, and to highlight the environmental, economic, and technical factors.”

Several applications in civil engineering have been studied over the years. Some of the applications for waste tires identified and analyzed in the Australian study include the following:

– Adding to flowable concrete to reduce the density.

– Replace sand in bitumen and asphalt.

– Use as subbase material on railways to dampen vibration.

The study also identified several applications in geotechnical engineering projects. These include:

– Replacement for sand in unbound pavements.

– Replacement for granular sub-ballast to reduce the environmental impact and cost.

The authors concluded that, for the most part, all the research is valid and exciting. However, they identified several applications that will need modifications and/or further studies before they could be used in real-world applications.

As an example, while rubber-soil mixtures reduce the horizontal and vertical ground acceleration from earthquakes, they also reduce the bearing capacity significantly. This limits the method to low to medium rise structures.