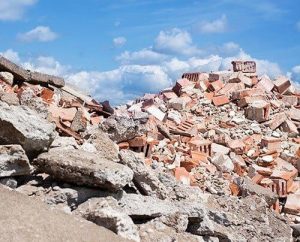 An OSHA investigation of the 2007 disastrous collapse of the Berkman II parking garage in Jacksonville Florida brought into question the work of a project engineer with limited practical experience in structural engineering. In response, a Florida lawmaker has proposed separate licensing requirements for structural engineers. Will this law be effective in preventing future collapses?

The 2007 catastrophic collapse of the Berkman II Parking garage, while still under construction, caused the death of one construction worker and the injuries of 18 others. In addition, various parties filed numerous lawsuits related to the building collapse resulting in settlements costing tens of millions of dollars. Eventually, in 2014, the Berkman II construction site sold at foreclosure auction for a mere $100. In view of the extraordinary human and economic losses associated with the failure of the parking garage’s structure, it stands to reason Florida lawmakers in Tallahassee would want to find a means of preventing future collapses.

The Rationale for Requiring Separate Licensure for Structural Engineers

In May 2008, the Federal Occupational Safety and Health Administration (OSHA) published a report outlining the findings of its investigation of the Berkman II collapse. While investigators identified several issues with the design and structure of the parking garage, they faulted the work of the structural engineer because of critical design flaws. In a recent radio interview, Tom Grogan, the chair of the Florida Structural Engineers Licensure Committee, stated that although the structural engineer involved in the project was an engineering professor at the University of Georgia and licensed to practice in Florida, he had little experience in actual structural engineering design. In an effort to prevent inexperienced structural engineers from assuming a critical role in construction projects, a Florida lawmaker has introduced legislation mandating that structural engineers hold an additional license in order to design structures built in Florida.

According to WSFU, the author and sponsor of FL H0217, House Representative Charles Van Zant, states he thinks the structural engineering profession needs additional oversight in order to prevent catastrophes like the Berkman II collapse from happening in the future. In addition to requiring structural engineers to pass the National Council of Examiners for Engineering and Surveying (NCEES) Examination for Structural Engineers, obtain an attention of good moral character, and pay additional licensure fees, the proposed legislation mandates that candidates for licensure must have four years of documented structural engineering experience supervised by a licensed professional engineer. Even though the bill provides a grandfathering process for structural engineers currently practicing in Florida, other lawmakers have been critical of the bill.