An innovative use of drone photogrammetry allowed a team from the University of Florida, emergency management authorities, and the Florida Building Commission to present 3-D models of the coastal infrastructure damage caused by Hurricane Matthew. 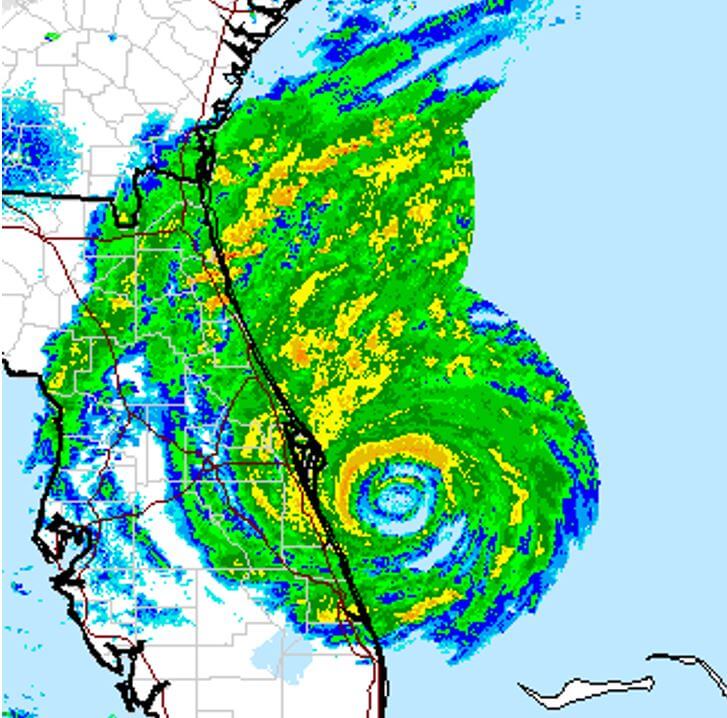 While the destructive northeastern edge of Hurricane Matthew’s wind field did not come ashore, the storm surge caused considerable infrastructure damage along the immediate Florida Coast.

Even though Hurricane Matthew did not make landfall as it buzzsawed up the eastern coast of Florida, its heavy rains and storm surge caused significant damage to both homes and infrastructure along the Sunshine State’s picturesque beaches. While Hurricane Hermine broke Florida’s eleven-year hurricane drought in August 2016 when it made landfall in St. Marks, Florida, it was a Category 1 storm. When forecasters predicted that Hurricane Matthew, a major Category 3 -4 storm that already devastated Haiti and caused significant damage in the Bahamas, was headed to eastern Florida, state emergency officials raced into action by preparing the public and making plans for the aftermath. As part of their recovery plan, state emergency authorities contacted civil and damage assessment engineers at the University of Florida to request an inspection and evaluation of storm damage to infrastructure immediately after the hurricane passed the area. 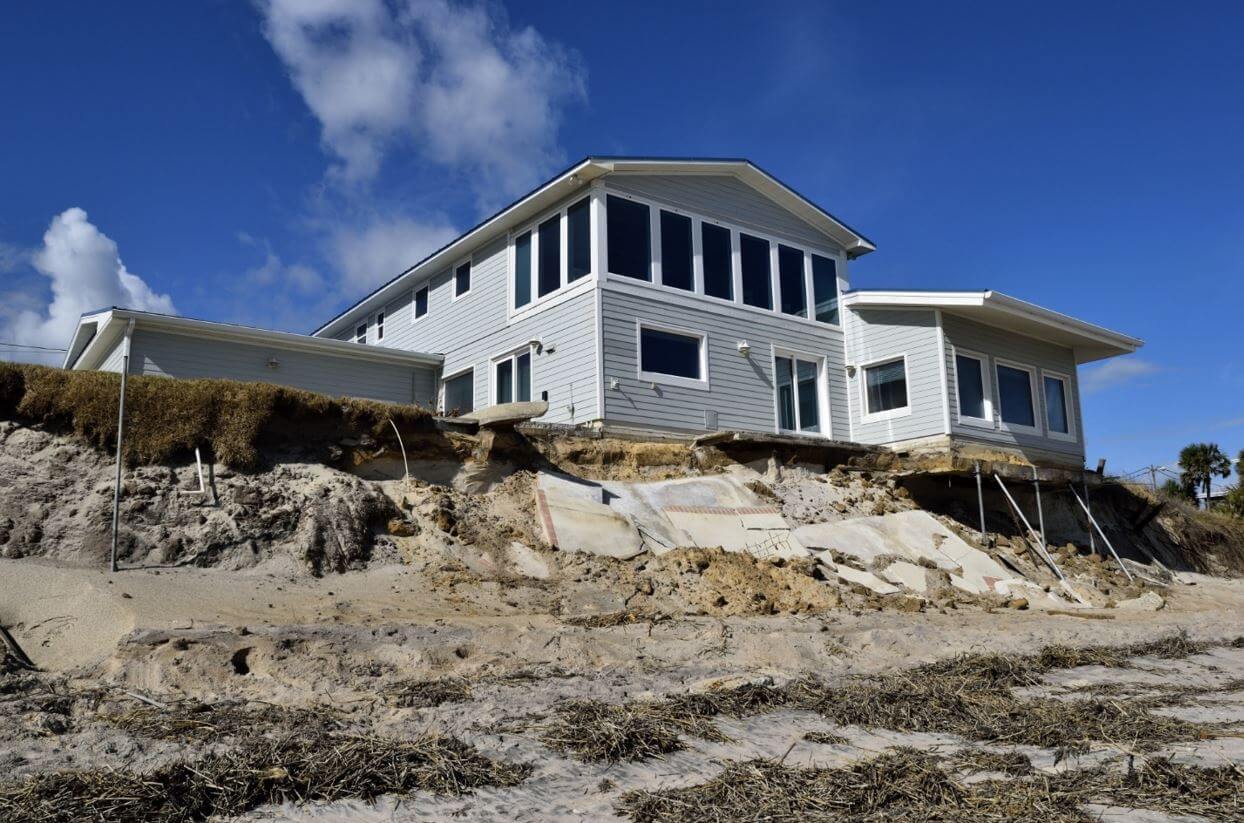 The tidal surge from Hurricane Matthew caused significant beach erosion and dune damage that threatened the structural stability of oceanfront homes located along the immediate coastline of St. Augustine Beach.

The emergency response team at the University of Florida contacted Kwasi Perry, a geospatial analyst and founder of UAV Survey, Inc., to arrange for him to use quadcopter drones to survey and document the impact of Hurricane Matthew on roads and buildings. Once Perry completed the UAV survey, the next step involved using 3-D models and mapping to establish quantifiable infrastructure damage assessment data. By using UAVs to document the damage from Hurricane Matthew, Perry and the emergency response team could start their survey immediately after the storm passed even if roads and bridges were completely destroyed.

Even though the strongest winds of Hurricane Matthew remained offshore, the action of the tidal surge and the extraordinarily heavy rains washed out parts of Highway AIA, which runs along the immediate eastern Florida coast. While the Category 1 to 2 force winds caused some roof damage, the wave action associated with the storm destabilized the foundations of beachfront homes. Immediately after Hurricane Matthew passed, Perry used his drones to capture imagery of the damage in a 25-acre area Flagler Beach and 40-acres surrounding Marineland.

Perry reports by using his UAVs to conduct the damage assessment survey, he only needed 15 minutes to take images of 25 acres. The processing of the images using 3-D modeling software took approximately 13 hours. As a result, he delivered 3D point cloud models, digital terrain models, and pre-and post-storm orthomosaics of the areas impacted by Hurricane Matthew to the University of Florida team within 48 hours of the storm passing the Florida coast.  The civil and damage assessment engineers, as well as officials from the Florida Building Commission, used Perry’s models to deliver a storm damage assessment on October 13th, only four days after Hurricane Matthew passed offshore of the Florida coast.

The benefits of using UAV photogrammetry to conduct damage assessment after a natural disaster include:

The success of Perry’s UAV survey of the infrastructure damage along the Florida coast led to an invitation by Haiti’s government to conduct a similar assessment in their country, which experienced the full impact of Hurricane Matthew’s Category 4 winds and torrential rains.

What is your opinion of this application of drone imaging technology?