Traditionally, structural and construction materials have been reinforced using synthetic fibers, such as geosynthetics, polymer fibers, and metallic fibers. Most of these are petroleum based, so a cleaner method has been sought by researchers – leading to new recycled and plant-based methods. 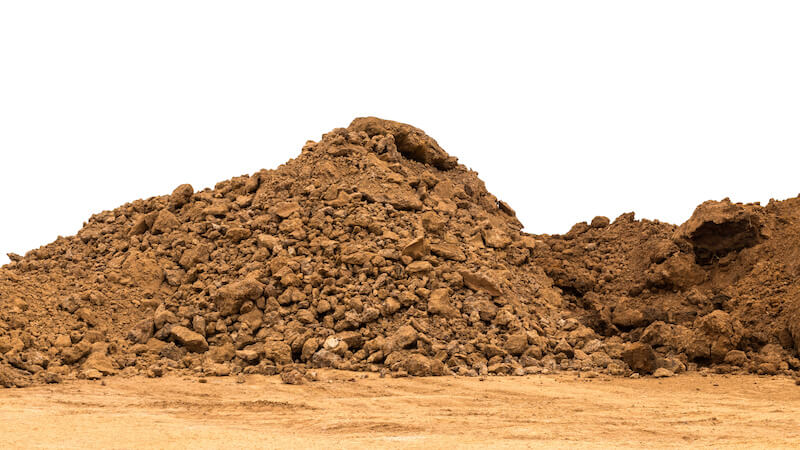 Currently, fiber reinforced soil is used in applications such as slope stabilization and sub-grade preparation. It is relatively simple to design and implement and is considered a very cost-effective method of soil stabilization. It traditionally uses plastic fibers and often uses recycled materials.

When the fiber reinforced soil is compacted, the fibers spread into a net or grid that stabilizes the soil. Fiber reinforcement acts very similarly to tree and plant roots. It also strengthens the soil and improves the load bearing capacity.

Using natural fibers to stabilize soils is not new – some of the natural fibers studied so far have been reed, palmyra, coir, and oil palm empty fruit bunch fibers. Kenaf fibers are made using the Hibiscus Cannabinus plant, which is grown in Malaysia and Africa as an industrial crop. It is already used as reinforcement in composites and concrete.

A study published in 2019 in the Transportation Geotechnics aimed to expand the research of Kenaf fibers as soil reinforcement. The study randomly mixed uniform and clean Kenaf fibers into a sand-clay mixture before putting the mixture through direct shear testing. The soil samples were prepared for the testing using a moist tamping technique.

The study concluded that Kenaf fibers should be considered a viable option for fiber reinforced soils. The equivalent cohesion and internal friction angle improved by 15% and 13%. Researchers suggested SEM images and failure state monitoring during testing as future studies.

Published in the Construction and Building Materials journal in 2019, a study looked at stabilizing and reinforcing soils using nano calcium carbonate and carpet waste fibers. Small amounts of nanoparticles can make large changes to soil properties thanks to their high surface area and surface charge. This makes them a sustainable option, as the small amount used doesn’t significantly use up resources.

Finding a way to recycle carpet production waste would have a significant impact on the approximately 10 million tons of textile and carpet waste thrown away each year. The carpet waste used was made from wool.

A clayey soil sample was divided into 10 samples, with each sample given a different amount of nano calcium carbonate and wool carpet fibers. Those 10 samples were then separated into 6 samples and tested after cure times of 7, 14, 28, and 42 days using the Atterberg limits test, unconfined compression test, ultrasonic pulse velocity test, and triaxial test.