Land surveyors are widely recognized as early adopters of small drones used for a variety of professional applications. Whether your firm holds a Section 333 waiver or plans to use small UAS in the near future, you need to ensure your company complies with new FAA regulations that go into effect in late August 2016. 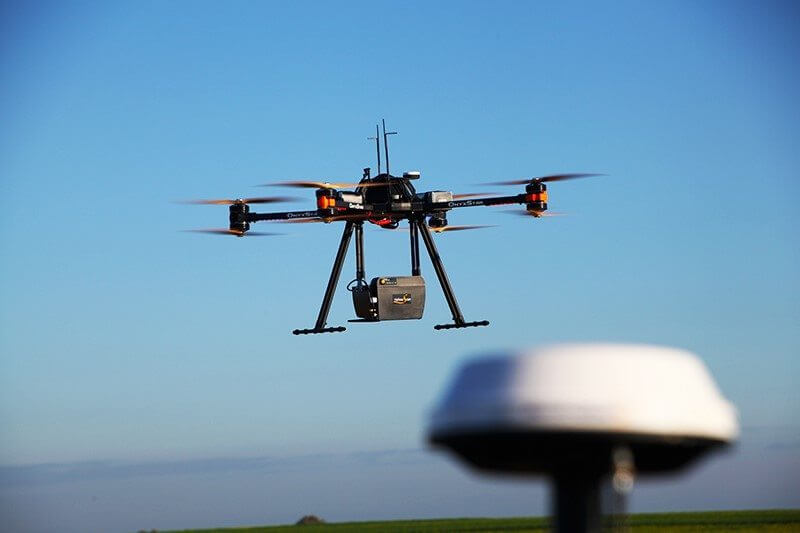 Quadcopters equipped with LIDAR scanners are just one application of small drones used by land surveyors.

While American land surveyors lead other US professions in using small unmanned aircraft systems in their work, surveyors in the EU, UK, and Canada regularly use drones when mapping large areas or when working in rough terrain.  The primary reason firms in the US lag other countries in commercial small UAS is that the Federal Aviation Administration (FAA) had not finalized the rules governing business uses of drones. As a result, surveyors who wanted to fly drones equipped with LIDAR scanners or aerial photometry technology had to undergo a lengthy process to file for a Section 333 exemption from the FAA in order to fly their UAS legally. Fortunately, the FAA announced in late June 2016 they have finalized the operational rules for commercial small drone use in US airspace. Land surveying companies who use small UAS need to achieve full compliance with the FAA regulations by August 2016.  Here are some examples of what you need to know about the FAA Small Unmanned Aircraft Rule Part 107, which focus primarily on safety.

The operational definition of a small UAS used by the FAA is a drone weighing less than 55 pounds. The owner of the drone needs to register it using the FAA Online Registration System and then ensure the UAS has the registration number and other information on it.

The FAA’s final rules regulating the operation of commercial small UAS differ from the Section 333 exemption in that the new Part 107 rules impose a maximum flight height of 400 feet, which is down from the 500-foot ceiling allowed with the Section 333 waiver. When a person is operating a drone, he or she must keep it within a visual line of sight with a minimum weather visibility of three statute miles. The new rules allow operators to fly UAS during daylight as well as at dusk if the drone has FAA compliant anti-collision lights. The maximum airspeed allowed by the FAA for small UAS is 100 mph. The pilot must ensure the drone does not fly over the public and may operate or observe only one UAS at a time.

While the FAA does not have regulatory authority concerning privacy issues related to UAS operation, the agency offers general guidelines based on privacy best practices published in May 2016 by the National Telecommunications and Information Administration. Drone pilots need to follow and state and/or local privacy laws.

It is important to note that the pilot of the drone must keep it in safe operating condition. While the regulations do not mandate a complete in-depth airworthiness inspection of the UAS before its operation, the pilot needs to confirm the communication link between the drone and the control station works properly.

The Benefits of Using Drones for Land Surveyors

Owners of land surveying firms report their use of small UAS has improved their business in the following ways:

Do you use drones in your land surveying business? If so, what are the benefits you notice?