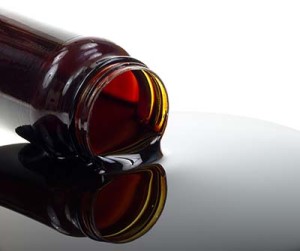 A modern engineering analysis of the Boston storage tank that ruptured and released a flood of molasses into streets in 1919 discovered design flaws that led to the disaster. Did the early 20th century engineers have the knowledge base necessary to identify the problems with the storage tank before it failed?

On January 15, 1919, a gigantic steel storage tank ruptured and released a tidal wave of 2.3 million gallons of molasses that submerged the streets of Boston’s North End. This bizarre flood claimed 21 lives left 150 people injured, and destroyed numerous buildings. Three years after this disaster, a court found the owner of the tank, U.S. Industrial Alcohol, liable for $300,000 in damages. The court based its ruling on an auditor’s report indicating that carbon dioxide built up in the tank and eventually led to its rivets failing. Does this theory withstand the scrutiny of a modern engineering analysis?

Ronald Mayville, a structural and metallurgical engineer, took an interest in exploring possible reasons for the failure of the molasses storage tank. The results of his investigation, published in Civil and Structural Engineer News, indicated the storage tank failed due to the following:

While metallurgic science in the early 20th century had not advanced to the point the engineers would have known about the effects of magnesium on the strength of the steel, Mayfield asserts they should have recognized the wall of the tank were 50 percent thinner than what was required. These findings, along with a review of historic records, suggests the presence of critical, yet preventable, design and construction errors that predisposed the storage tank to fail. What were the other flaws? Based on the engineering standards of practice in the early 20th century, how could this disaster been prevented?

The Impact of the Boston Molasses Flood on Engineering Practices Today

Due to the extensive property damage and loss of life that occurred as the result of the storage tank failure, Boston officials took action after the accident to review and modernize the building standards and zoning in industrial areas. Another key take away from Mayville’s research, as well as the historical record, is the importance of testing materials and design theories as part of a proactive risk management strategy. Even without the benefit of today’s knowledge and technology, had the design and construction team used the best practices of the time and tested the vessel before its use, chances are the Boston Molasses Flood would not have occurred.