The Evolution of Street Rating Systems 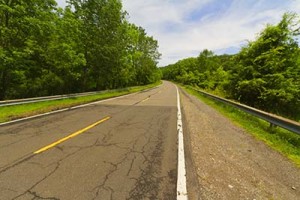 Since the 1950s, traffic engineers and city planners have used the Level of Service ratings as the primary key performance indicator of city streets and roads. Given that the shift in urban planning to sprawl reduction using high-density developments, is there a need for different benchmarks for evaluating our streets?

Until recently, city planners and traffic engineers have used Level of Service (LOS) grades described in the Federal government’s Highway Capacity Manual to evaluate the functionality of streets and roads in urban areas. The grades, ranging from A to F, describe the volume and the traffic flow that typically occurs on urban traffic arteries. When traffic engineers developed the LOS system in the mid-20th century, their primary goal was to reduce congestion and traffic delays. Unfortunately, one of the unintended consequences of this system is that it encouraged road widening, which tends to have a negative effect on quality of life in neighborhoods. Another way traffic congestion was reduced was by encouraging development outside of the city center.

As urban planners shift their focus to sustainability, redevelopment strategies in cities tend to center around make thoroughfares more pedestrian and bike friendly as opposed to catering solely to the needs of motorist. As a result, some traffic engineers are experimenting with different ways to rate city streets and roadways. One example explored in a recent MinnPost article uses ratings to assess the performance of sidewalks and bike lanes from the viewpoint of a person using them. In New York City, officials have abandoned the LOS system completely as they have replaced it with their Sustainable Street Index. This system uses mobility, safety, and quality of life benchmarks as key performance indicators as opposed to traffic flow.

As traffic planners and engineers adopt different methods to evaluate city streets, other aspects of urban planning are likely to change as zoning changes and approval of development proposals often take into account street ratings in their assessment of different projects.