The Evolution of Urban Planning: Digital Media in Architecture

Recent innovations in technology, energy efficient lighting, and design have set the stage for media architecture.  What effect will digital facades have on the urban built environment? 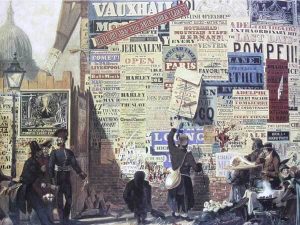 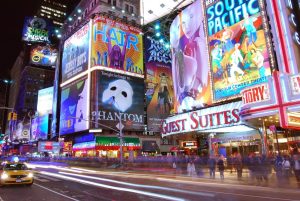 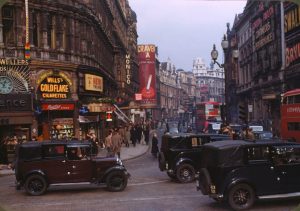 Media innovations throughout history, including the printing press, neon lighting, and now today’s digital media, transformed the forms, lines, and colors present in cityscapes throughout the world.

Since shortly after the dawn of civilization, the form of architecture and a structure’s facade have both reflected the culture of the time and as a means influence those who live in urban environments. From the statues of the gods in ancient Greece, the gargoyles that first appeared in medieval French architecture, to the power and domination conveyed by the structures built in fascist Italy, the form and lines of buildings set the tone of a city. Today, with social and digital media permeating nearly all aspects of our lives, it is no surprise that digital media facades are becoming a common element of many cityscapes. What are the the pros and cons of this evolution in urban architecture, its role in placemaking, and the impact for urban planners?

Some forms of media architecture serve as means of artistic expression like this exhibition at overlooking the harbor in Dusseldorf.

According to CAVI, located at Aarhus University in Denmark, media architecture refers to computer generated media displays embedded into the facades in urban built-environments. While some of the digital media uses sensors, either within the structure or on the exterior of the building, others simply exhibit artistic light displays. The video below shows how one program translates real-time weather information into art on the facade of this building in Melbourne, Australia.

Some of the other types of media architecture include:

Judging the Quality of Media Architecture

Just as with any introduction of new elements into the urban landscape, the quality of media architecture plays a major role in whether the public accepts the new facades or demands for their removal. The design of high-quality media architecture, as well as assessing its quality,  requires high level skills in the following areas:

One of the challenges urban planners face when evaluating proposals that include digital media is determining whether the design build communities and spark constructive conversations or if the facade will spark outrage in the neighborhood.

Some of the key benchmarks often used to determine the public reaction to media architecture include:

Have you integrated digital media into your architectural designs? If so, how was it received by your clients and/or the public?