The Intersection Between Urban Planning and Traffic Engineering Issues: Does Compact Development Truly Reduce VMT in US Cities?

While a common assertion by New Urbanists is that compact development means fewer cars on city streets, a new meta-regression analysis study has brought this association into question. 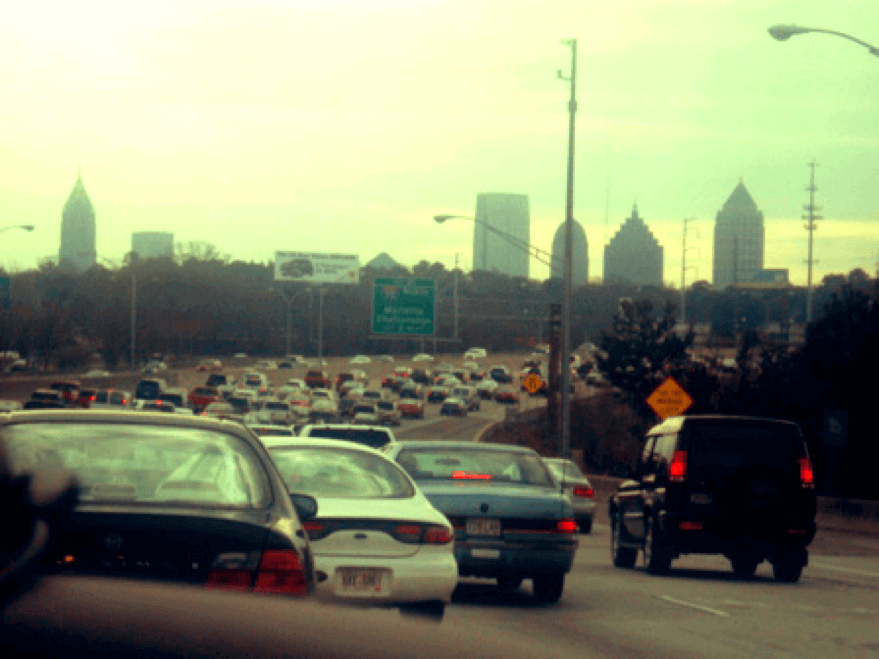 During the 21st century, two of the most challenging issues faced by city and county government officials across the United States have been land use regulations and traffic congestion. Regarding zoning concerns, developers often want to maximize the density of their projects to help offset the high cost of buildable parcels in central business districts, while people who are already living in these areas usually oppose compact development, citing potential reductions in their quality of life. Caught in between these two groups are municipal elected officials, who use the guidance of the city/ town’s planning director, direct land use policy as well as approve or deny zoning variances.

When two well-respected urban planning professors, Reid Ewing and Robert Cervero, published their 2010 analysis investigating the link between land use and traffic on city streets, New Urbanists and the development community rejoiced – the researchers’ meta-analysis results indicated as compact development increased, the number of vehicle miles traveled (VMT) decreased.  Now, local elected representatives could use the promise of less traffic congestion as a carrot to coax their constituents to accept, albeit grudgingly, the approval of compact development proposals.  As time passed, some city dwellers started to question if compact development practices actually delivered on the promise of less VMT on urban streets. A new meta-analytical study, published in the January 2017 issue of the Journal of the American Planning Association, suggested a surprising answer to the public’s concerns about compact developments and city traffic.

Does Linking Between Compact Development and Vehicle Use Truly Exist?

Since changes in any, some, or all of these aspects of compact development may affect the decisions people make about their means of travel, the differences in research findings might stem from the individual or combined effects of these 5-Ds on driving behavior. Another confounding variable is how researchers define and measure vehicle usage. For example, one study may quantify driving behavior as the number of trips a household makes per day, while another measures the amount of time individuals spend driving per week, and yet another research team uses vehicle miles travel in a discrete unit of time.

In addition to the varied operational definitions of compact development and driving, Stevens cited other possible reasons for the lack of consistency in research results:

In an attempt to address the confounding variables, possible errors, as well as subject bias issues, Stevens postulated that a meta-regression analysis is a more robust statistical tool than the standard meta-analysis used in the 2010 Ewing and Cervero study. As such, he hypothesized the results from his analysis should provide clarity about the link between compact development practices and driving behavior. 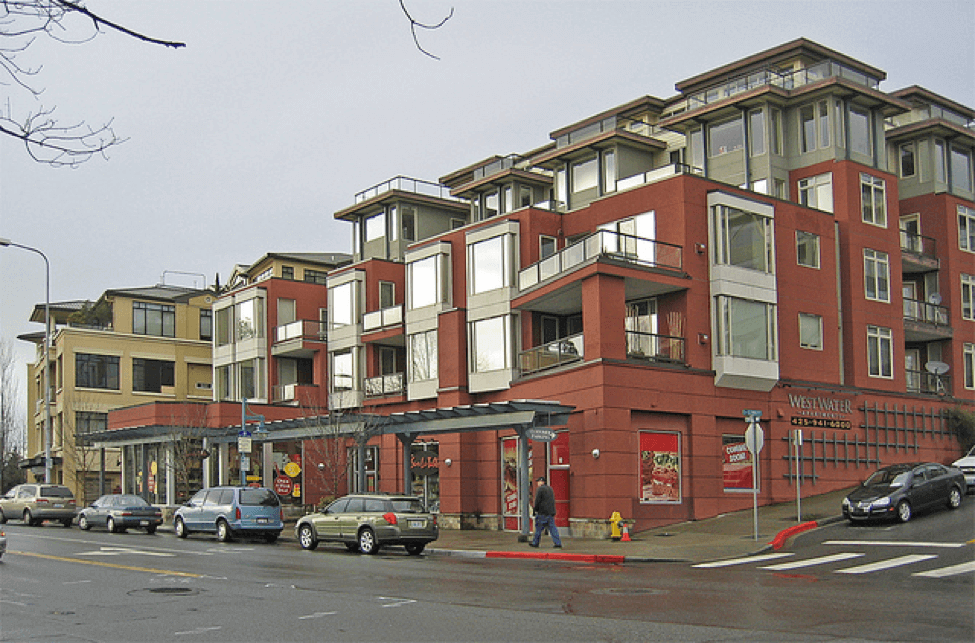 Dense mixed use developments have limited effects on driving behavior if they are not near employers or transit options. Image Source: Brett VA via Flickr

The results from Steven’s meta-regression analysis are as follows:

The most surprising result of Steven’s statistical investigation is that as the mix of land uses in a discrete area increases, the average VMT also increases. This finding is in direct contradiction of the common belief in the urban planning community that mixed-use developments decrease vehicle use. Stevens also concludes that the cost of increasing urban housing density through redevelopment or infill is exceedingly high in relationship to the decrease in vehicle use. Additionally, developers and urban planners tend to experience a high degree of public resistance when infill developments and high-density housing are introduced in existing neighborhoods.

Needless to say, Steven’s study raised a great deal of debate within the urban planning community.

One of the most notable responses to Steven’s research and conclusions came from the urban planning professors Reid Ewing and Robert Cervano, who published the 2010 meta-analysis linking compact land development with reductions in VMT. Some of the observations made in their critique, “Does Compact Development Make People Drive Less? The Answer Is Yes”, are as follows:

Arthur Nelson, a professor of planning and real estate development at the University of Arizona also discounts Stevens’ findings in his response published in the Journal of the American Planning Association.

Some of those who support Stevens’ findings include:

What is your opinion about Stevens’ research? Do you support his views or those of his critics?