The Mississippi River Delta: A Review of Its Health

Since the beginning of recorded time, river deltas have played an important role in human history. Ancient human civilizations began thanks to the Nile and the Tigris-Euphrates deltas. Unfortunately, the health of delta ecosystems has been paying the price. The Mississippi delta has been degrading rapidly since the early 1900s, but there are efforts being made to save it before it is destroyed. 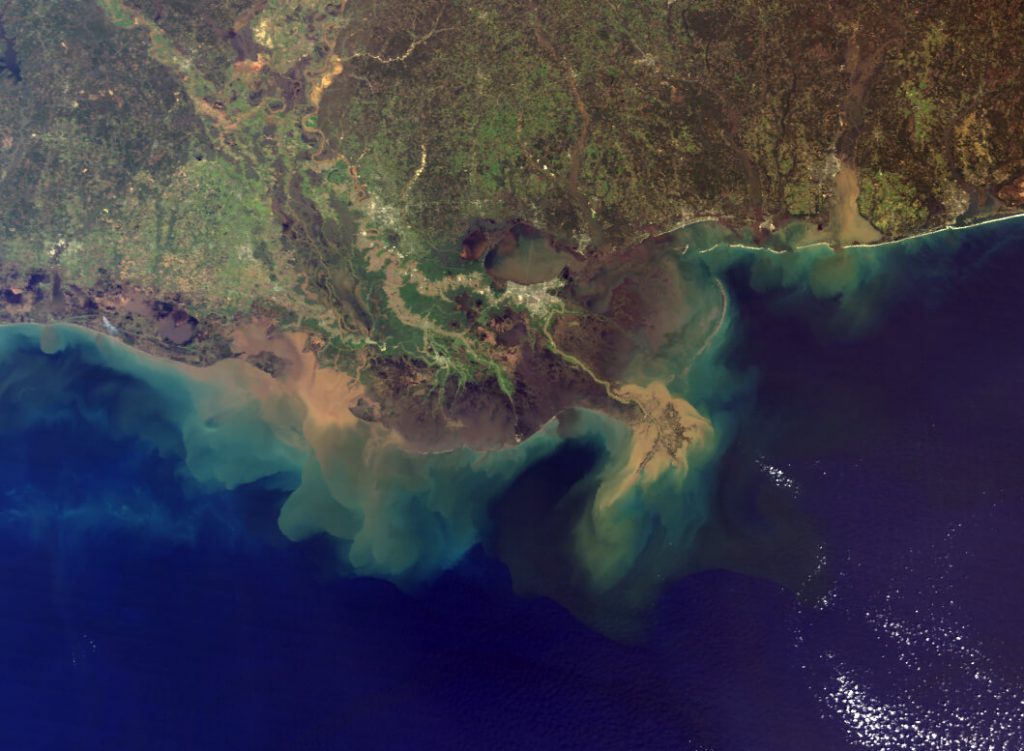 Why are River Deltas So Important?

A river delta occurs when a river encounters a larger, slower moving body of water – often an ocean, estuary, or lake. The slowdown in speed causes a high-nutrient sediment dump. Deltas have high productivity and are very rich in nutrients and, consequently, very biodiverse.

This high nutrient content makes deltas the ideal place for agriculture and fisheries. They are often a significant source of fresh drinking water in coastal areas. All of this, combined with the relatively flat geometry of deltas, makes for high human populations and strong economies.

Deltas are ecologically significant. Many species – such as plants, birds, otters, reptiles, amphibians, and fish – depend on them and their unique biological characteristics.

The Health of the Mississippi Delta

The Mississippi delta is one of the most well studied deltas in the world, because it plays a huge role in the economic and ecological system of the eastern United States. Unfortunately, the Mississippi river delta is an excellent example of how after we initially modify an ecosystem from its original state it will need human input and modifications forever.

The Mississippi delta sustained very little damage in the 18th and 19th centuries. Then, from 1930 to 2010, a quarter of the delta wetland collapsed – mainly through the loss of wetland habitat. Levees do the highest level of damage to delta ecosystems. Levees may protect human population and structures from flood damage, but they also eliminate the two most important functions of the delta – the sediment transport and deposition, and water flow.

What is Being Done to Heal it?

The state has two main goals to hopefully promote “economic development and cultural traditions in the coastal zone”. The two goals are: (1) protect human infrastructure and (2) restore natural processes that create wetlands and sustain delta health.

Some important projects within the Master Plan include: “barrier island restoration, shoreline protection and stabilization, hydrologic restoration, ridge restoration, and oyster barrier reefs”. Two of the most important projects are river diversions and coastal marsh creation. The plan to create marshes involves pumping sediment dredged from other locations to create wetlands. The river diversions create and restore wetlands by pumping water into coastal areas to mimic the natural water flow of a delta.

Much is still unknown about the effectiveness of the river diversions and if they could have unintended detrimental impacts down the road, however they are necessary to restore the health of the delta.