The Role of Human Rights in Architecture: The Debate Continues 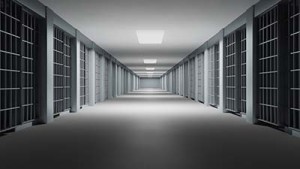 Even though the AIA recently rejected a proposed ethics amendment directing its members to refrain from designing spaces where people are hurt, tortured, or killed, such as execution chambers, the debate continues about the role of human rights consideration in the practice of architecture.

Most people do not readily link human rights issues with the practice of architecture; however, the AIA’s recent rejection of an ethics amendment proposed by the Architects, Designers, and Planners for Social Responsibility (ADPSR) advising architects to avoid designing spaces who intended uses include torture and execution has spurred debate within the profession. In addition, ArchDaily reports that international human rights groups, such as Amnesty International and Human Rights Watch, as well as the United Nations Special Rapporteur on Torture are closely monitoring and encouraging the debate. What was the rationale the AIA used when rejecting this amendment?

AIA Questions the Enforceability of the ADSPR Amendment

According to Architectural Record, the reasons cited by the AIA for rejecting the ADSPR amendment included the following:

To illustrate the difficulty the amendment poses to the AIA, consider the fact that although the death penalty is an accepted legal sentence in the United States, many NGOs and other countries consider execution to be a human rights violation. In addition, human rights advocates consider extended periods of solitary confinement, such as that used in supermax prisons in the U.S., to be a form of torture. In an effort to address the ethical concerns that arise designing prisons, the AIA’s Academy of Architecture for Justice is developing best practice guidelines for design professionals who engage in this work.