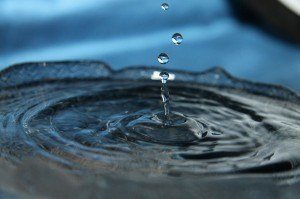 A new device created by a Stanford engineering professor provides an inexpensive way to determine when pollutants appear in water as well as their concentration.

A prototype of a new device to trace the concentration of chemicals in water, as well as the timing of their appearance, promises to provide environmental consultants a way to trace the history of containments in water. The creator of this instrument, Sindy K.Y. Yang, an assistant professor of mechanical engineering at Stanford University, reports another advantage of what she describes as a “time capsule” is that since it does not use electronic sensors, the device is inexpensive and hold promise for geothermal and petroleum applications in the future. How did she make this chemical measurement instrument and how does it work?

The Design and Function of the Time Capsule

According to Engineering.com, the device Yang made consists of a clear plastic case approximately 3 inches long that contains two tubes filled with a gel. At one end of each tube is a reservoir that contains a chemical that diffuses at a known rate through the gel; the other end is open to the environment. The choice of the chemical used in the reservoir is based upon the nature of the pollutant the user wants measured. When the pollutant reacts with the chemical that has diffused through the gel, a precipitant is formed. The user can then scan the precipitant, which acts like a bar code, to determine when the pollutant contaminated the water as well as its concentration.

Yang reports the next step of her research is to reduce the size of the device and broaden the range of chemicals that can be detected using the instrument.