The connection between construction and mining is a two-way street. The world’s growing population demands more raw minerals, increasing mining, while also needing more construction materials to deal with the increased need for housing and businesses. Finding a solution that solves both problems, will do a lot towards increasing the sustainability of both industries. 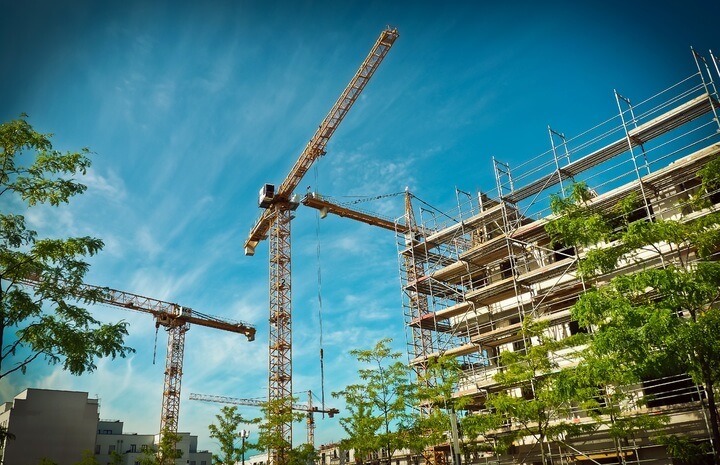 Mining residue is defined as the fine waste particles produced during grinding, screening, and processing of ore and minerals. Mining residue is currently stored in mounds and is often a cause of downstream water contamination. Mining generates huge amounts of waste.

There are an estimated 20 to 25 billion tons of solid mine residues. Most researchers agree that as the mining industry starts to use more lower-grade ore, this number will significantly start to increase. Lower-grade ore mining naturally produces more waste, as the definition of a low-grade ore is ore that contains lower amounts of the desired mineral.
Mining residues can often contain harmful elements, like heavy metals. Those elements are sometimes prone to leaching out. Dealing with those harmful elements either by removal before using the waste in construction materials or by neutralizing them is an essential step to making mining waste a viable additive or supplement to construction materials.

Replacements and Additives to Concrete

The sustainability of building materials is an ever-growing concern. Several countries have started to require that a certain percentage of construction materials be from recycled materials. Many concrete components can be supplemented or replaced by recycled waste residue. Current feasible applications of mining residues include tiles, bricks, mortars, and aggregates.
Cement-based construction is the most common building method around the world, especially in commercial or urban environments. Concrete is the second most consumed resource on earth — second only to water. However, it takes a lot of energy and raw materials to produce concrete.

Geopolymers are inorganic polymers produced by blending waste concrete powder with fly ash or different types of slag or sludge. Geopolymers are used as a replacement for Portland cement. Significant research is being done on the ways to produce geopolymers and the various applications in construction.

The main draw back when creating geopolymers is the use of a strong base, commonly sodium hydroxide, as a reagent. This process, called geopolymerization, is mainly done using alkali-activation. In general, this is a safe process, however, a natural or recycled alternative to the strong bases currently used would benefit the environment.