Using Inexpensive Silicon to Reduce the Cost of Solar Cells 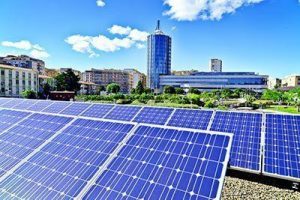 Even though the price of solar panels is decreasing, many engineers find their clients still have concerns about the cost of constructing buildings that use solar energy. According to Engineering.com, new research published in the journal Scientific Reports by Norwegian scientists outlines a process using impure silicon to produce solar cells, which reduces the cost of production. What does this process involve and how does it reduce the cost of solar cells?

The Process
According to Fredrik Martinsen and Ursula Gibson, Ph.D, who are two members of the research team from the Norwegian University of Technology and Science that conducted this study, they have a process to create solar cells that not only requires less silicon than current production methods, but also uses silicon that is 1000 times less impure. The process, similar to that used to manufacture fiber optic cables, involves inserting silicon fibers into a tube of glass, which is then heated to encase the fibers in the glass. The heat involved in the process removes the impurities in the silicon. The scientists then use the silicon tubes to make solar cells with a vertical rod radial design. The research team stated the their process needs refinement since their cells only provide a 3.6 percent energy output, whereas current solar cells on the market provide an 18 percent output.

Reducing the Cost of Solar Cells
Martinsen and Gibson state they think once they have refined this method of producing solar cells, it will reduce their cost since the process uses inexpensive impure silicon and does not need as much raw materials as current production methods.