Access to clean water is one of the biggest hurdles for people living in developing countries. 80% of illnesses in the developing world are attributed to unclean water. Our sophisticated water treatment plants and distribution systems aren’t yet available there due to a lack of funding and resources.

The Moringa oleifera tree is a prolific tree that is native to India. It is now indigenous to countries in Africa, Arabia, South East Asia, the Pacific and Caribbean Islands, and South America. High levels of Vitamin C and other necessary nutrients make it ideal to combat undernourishment. It is easy to grow and tolerant of drought. It even has been shown to be effective as an antibiotic – it really is the tree that does it all. 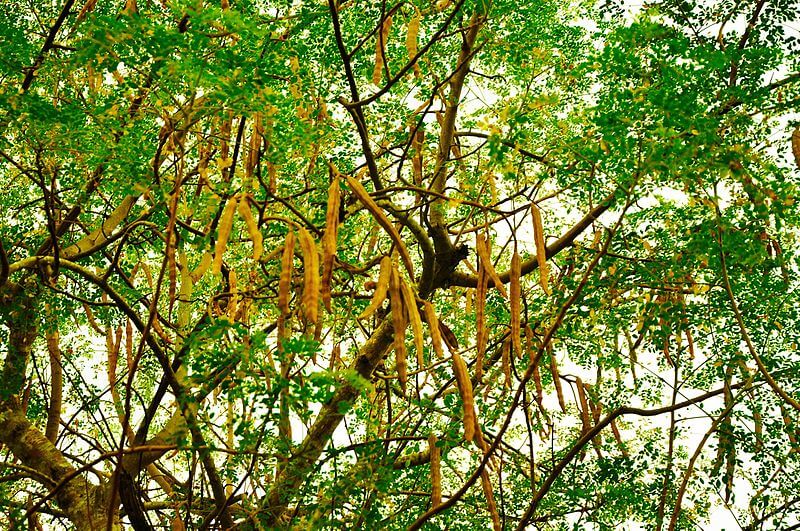 Hardness is mainly caused by excessive calcium and magnesium ions, although it can occasionally be caused by other ions. The term “hardness” derives from how hard it is to wash things, like clothing, using hard water. This is because of the creation of an insoluble curdy precipitate when soap is combined with hard water.

Hard water has actually been shown to have positive effects on human health. The calcium and magnesium may protect against some illnesses and cancers. The benefits of softening water are more for convenience and to prevent damage to infrastructure. The scale build-up from hard water can damage hot water pumps, boilers, and pipes. The difficulty of cleaning with hard water can lead to excessive use of soap – an important commodity in developing countries. Unfortunately, the chemicals needed to soften water are costly – necessitating the search for more sustainable and local options.

A study done in 1982 showed M. oleifera reduced hardness by 50-70%. A study in 1995 looked at water samples from 17 hand-dug wells in Kano, Nigeria. The study found that higher doses of M. oleifera increased the removal efficiency. The study also found that water containing both calcium and magnesium ions required a higher dose than water containing only calcium ions. Work still needs to be done to create a standard for treating hard water with M. oleifera.

M. oleifera as a water softener doesn’t seem to impact the pH – an advantage over other more traditional water softeners. The buffer capacity is maintained and additions of acidic or alkaline solutions don’t impact the overall pH as strongly.

The biggest danger of unclean water is from pathogens. Chlorine is the most commonly used chemicals to disinfect water. Chlorine also comes with a high price tag and potential adverse health impacts if used incorrectly. If treatment plants and distribution systems are poorly designed, Chlorine can also decay and be diluted enough to be ineffective before reaching the end user.

Studies from 1981 to 2012 have worked to identify antimicrobial properties in M. oleifera. In 1981, 4α-4-rhamnousyloxy-benzyf-isothiocynate was identified as the active antimicrobial ingredient in M. oleifera. It is non-volatile and readily soluble in water. A study in 2012 found the best method of disinfection was using de-fatted seed cake and extracting the active ingredients by aqueous extraction. While this research isn’t new, it is only now being implemented.