What the U.S. Open’s Newest Stadium Says About Symmetry

Sports stadiums are excellent hotspots of architectural study. The newly-ventilated Louis Armstrong Stadium debuted at the U.S. Open back in August, and experts have weighed in on its world-stage-level designs. It’s not only the best opening event fit to reflect the tournament’s 50th year, it’s a naturally ventilated arena designed, ground up, to prioritize today’s leading architectural approaches.

The Louis Armstrong Stadium was designed by Rossetti, a Detroit-based firm. Packed with 14,000 seats, the stadium feels similar to the old arena which opened in 1978. Different than the past arena, however, is the new stadium’s impressive 40-percent seating room increase.

The stadium utilizes two levels of precast concrete bowls—each accompanied by an advanced, anchored shading system. Thus, the stadium’s events can persist during rain or shine. When closed, the roof still allows roughly 73 percent of the sun’s energy to reach the ground. 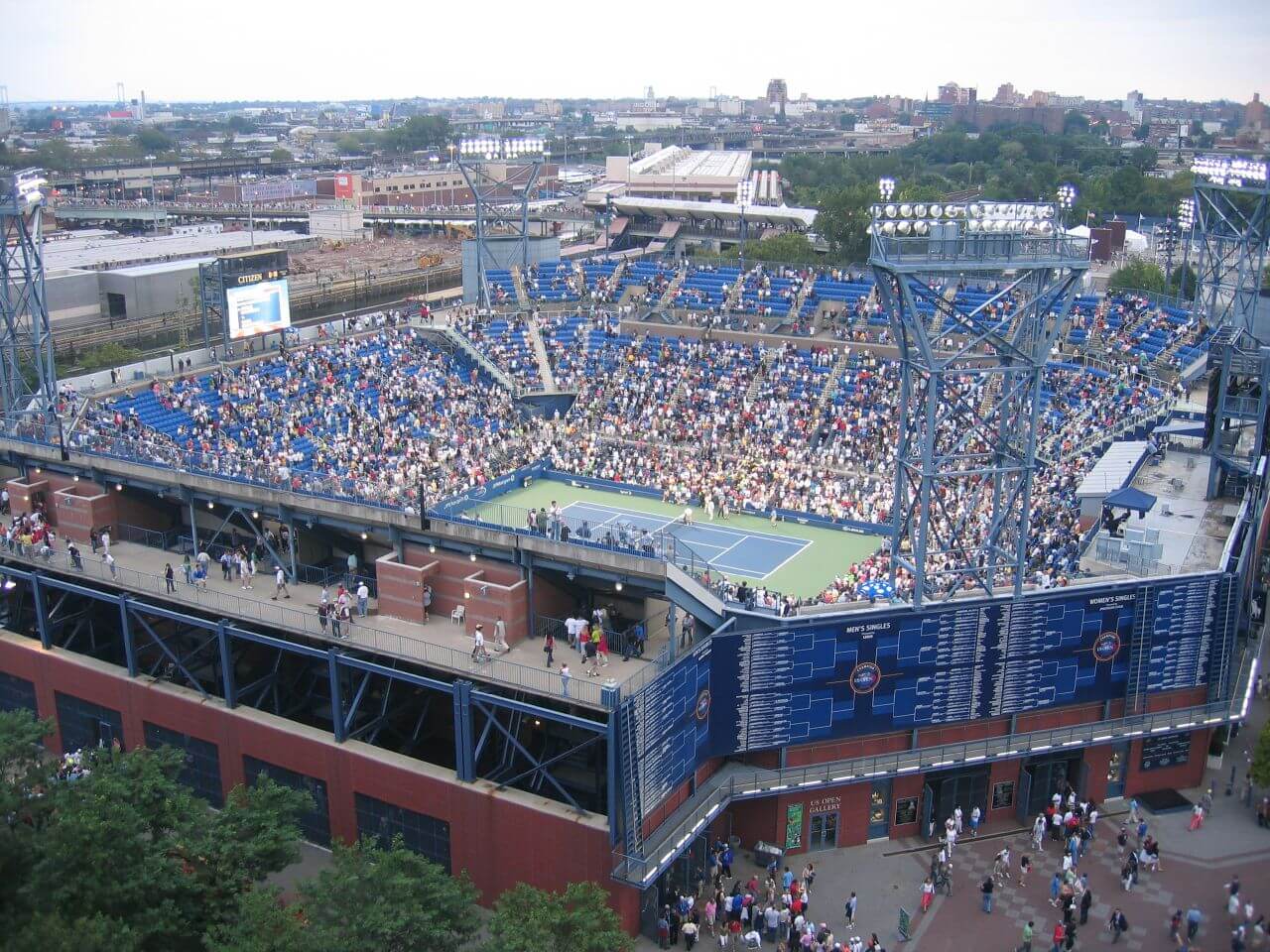 This room is referred to as a complex “stackable sun room” by the stadium’s architects. Utilizing 284,000-pound specially installed fabric panels, the sun room’s opening rests at about 38,160 square feet. It travels roughly 25 feet per minute, within seven minutes, from the stadium’s edge.

There’s much more going on behind the regular anti-rain benefit, however. The roof’s material is crafted from lightweight fabric—fabric which diffuses soft light across the arena during closed-roof hours. As said before, the large sun energy transfer rate makes it one of the most advanced roofing systems around.

Of course, no energy efficient roof is effective without a proper base beneath it. The Louis Armstrong Stadium’s sides were created to allow breeziness. How does it do this? It features 14,250 overlapping terracotta louvers across the structure’s south and north sides—each serving as horizontal stadium window blinds.

As air enters the stadium, these spaces create a cross-ventilation system through the building. The additional airflow reduces energy costs further, resulting in an event space which, driven by sunlight, is incredibly well-ventilated.

Energy expenses are constant considerations: Rossetti and the USTA have plans to re-imagine the whole campus within a 10-year plan. The Louis Armstrong Stadium is a centerpiece for public realm improvements.

From seating to underground pathways, and from concourse levels to spectator areas, it’s a design marvel. It’s likely the $600m rebuild will continue to marvel guests, while also existing as a cornerstone in modern economical energy solutions.