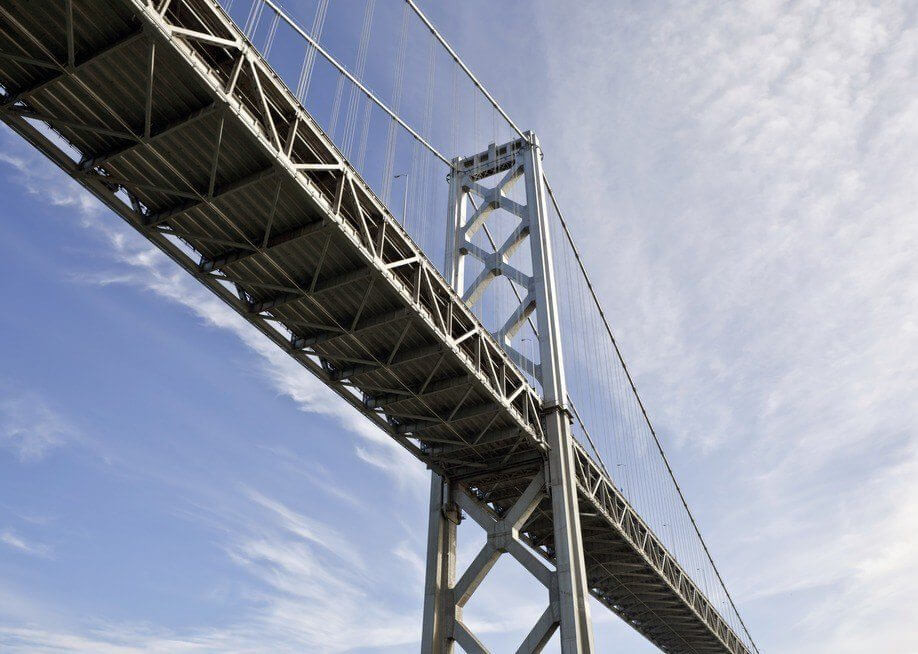 When Caltrans inspected the construction work on the new San Francisco Bay Bridge, they found some of the 424 anchor rods were at risk of corrosion due exposure to saltwater caused by faulty application of grouting materials. In response, Caltrans has assembled the world’s leading engineering experts to devise a plan to ensure the long-term integrity of the anchor rods.

When a 250-ton section of the East Span of the San Francisco Bay Bridge collapsed during the 1989 7.1-M Loma Pieta earthquake, the vulnerability of the Bay area’s infrastructure to seismic events became undeniably evident. In response, the California Department of Transportation (Caltrans) initiated a number of projects to harden the bridge to provide resiliency during future earthquakes. One of strategies engineers developed was the installation of anchor rods to prevent the bridge tower from raising more than one-half inch during an earthquake. During the construction of the New Bay Bridge, crews installed more than 400 steel anchor rods sealed with grout to prevent corrosion from saltwater intrusion.

When Caltrans inspectors discovered water had seeped through misapplied grout, the team took remedial action. Watch the video below to observe the inspection team in action.

When engineers later tested the rods, they found two anchor rods had stripped threads, and one of the 24-foot rods came close to breaking when exposed to forces equivalent to a major earthquake. Even more disturbing was evidence the rods did not perform as engineers anticipated, and the rods showed imperfections when examined under 1000x magnification.

Watch the inspection team in action.

Since the Bay Bridge not only serves a critical transportation corridor for vehicles traveling between San Francisco and Oakland every day but also acts a route for first responders in the event of an emergency, Caltrans officials assembled a panel of highly regarded structural and material engineers from across the globe to address potential issues with the anchor roads.

The two tasks Caltrans delegated to the panel of engineering experts include:

•  Develop an environmentally sensitive solution to protect the rods from corrosion to ensure their integrity when subject to seismic forces coinciding with a catastrophic earthquake.

Once the panel reaches consensus concerning testing protocols and recommendations for protective actions to take to ensure the integrity of the anchor rods, the engineers will present their findings to Caltrans for implementation. In addition, Caltrans officials will publish a report of the engineering experts findings for review and use by others designing seismically resilient structures.

What liability risks do the original contractors face in your opinion? What solution do you propose for protecting the anchor rods from corrosion?