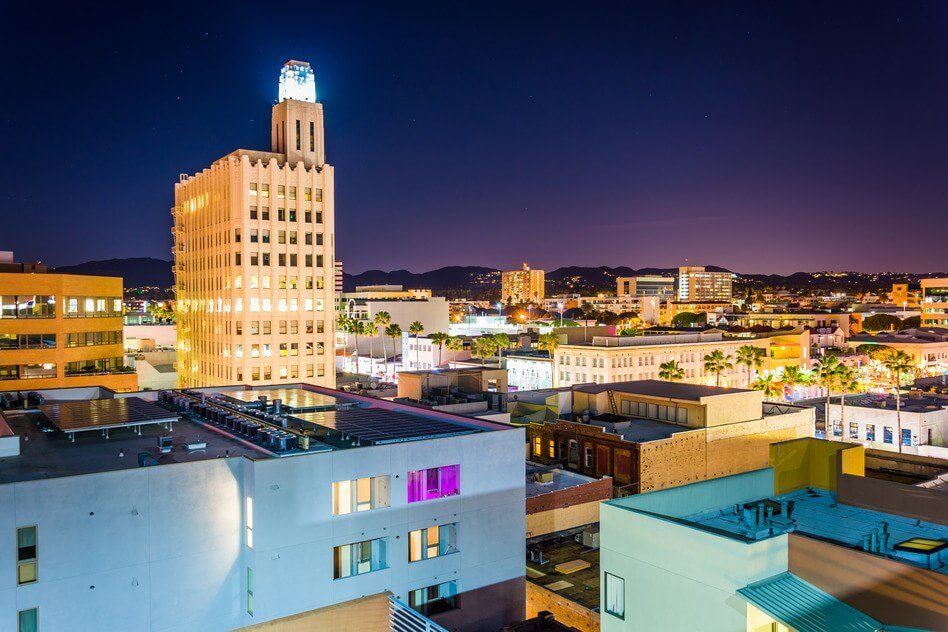 Even though Santa Monica seems to be the picture-perfect California coast town, the results of a recent community survey indicate all is not well in paradise. Can this information shift public sentiment to accept more high-density development and decrease the residents’ overdependence on cars?

Santa Monica in many ways is the iconic coastal California town nestled between miles of beautiful public beaches surrounded by the magnificent peaks of the Santa Monica Mountains. Additionally, residents of Santa Monica enjoy access to top rated public schools and public safety services. Given this small Southern California city’s reputation for providing residents with a high quality of life, Santa Monica officials did not expect to find any issues when they accepted the invitation to participate in the Bloomberg Philanthropies’ Mayor’s Challenge funded Wellbeing Project. When they reviewed the results of the first community surveys, however, city officials had to face the harsh reality that not all was well in their upscale beach community.

The purpose of the Wellbeing project is to highlight unique and forward-thinking solutions to address quality of life challenges in urban areas. The other cities participating in the 2013 Wellbeing project cohort included Chicago, Houston, Philadelphia, and Providence. The starting point for all the cities involved in the project was to conduct a community survey to take a snapshot of resident sentiment about their metro area. The next step involved city officials using the data to identify the problems residents of their communities face and then develop innovative solutions to address the issues.

According to The Guardian, Santa Monica city officials believed they held an advantage over other participants in the Mayor’s Challenge Wellbeing Project. Their city has the smallest population, thus facilitating data collection, making it easier to deploy initiatives, and determining the efficacy of their interventions.  In addition, the upper-middle to upper-class nature of Santa Monica meant they had resources available to fund and staff new programs.

To establish a baseline, Santa Monica officials developed a Wellbeing Index to gauge public sentiment in the following areas:

•  Outlook about the Future

•  Perception of the Community

City officials partnered with the Rand Corporation and the think tank, New Economic Foundation to collect and analyze data gathered from the following sources:

•  Direct surveys completed by 2,200 adults living in Santa Monica during the third quarter of 2014

•  Data concerning public services, such as police and other first responders, as well as  transportation, parsed from City of Santa Monica administrative sources

One of the survey findings that surprised Santa Monica officials was that residents did not perceive they have sufficient connections with others in their neighborhoods. Additionally, survey respondents reported they could not depend on others within their neighborhoods for social support. Another area where Santa Monica citizens reported a disconnect was with city officials as evidenced by the public’s perception they had little influence concerning local government decisions.

When interviewed by The Guardian, Ana Jara, a Santa Monica community leader who spearheaded the local youth wellbeing initiative Cradle to Career, provided some insights into the findings of the Wellbeing Project survey based on her experience.

•  Since Santa Monica is an extremely car-dependent community, people rarely walk around their neighborhoods on a regular basis. This limits the amount of interaction among neighbors, thus inhibiting the building of relationships.

•  When people travel in their cars, they tend to do so alone, which compounds their sense of isolation.

•  Santa Monica lacks an urban transportation system, which prevents people from traveling with others.

•  The community’s resistance to zoning for high-density residential housing development not only limits opportunities for residents to socialize with others but also curtails available housing stock, so both renters and prospective homeowners face higher housing costs.

•  Many Santa Monica tenants pay as much as 50 to 60 percent of their income in rent, which means they do not have funds for social activities or recreation.

The issues faced by Santa Monica city officials are similar to other cities and towns across the country. Long-term residents of traditionally suburban areas typically resist zoning changes that reflect the urbanization of their town. By restricting high-density development, the demand for housing outpaces supply and drives up housing prices. In addition, the high cost of land also impedes local economic development. While employing city planning and zoning strategies that follow New Urbanism principles that provide viable solutions for the challenges identified in the Santa Monica Wellness project surveys, city officials face opposition from residents who believe that high-density development will have a negative impact on their property values.

Historically, city planners, developers, architects, and engineers presented high density, live-walk-play developments as “common sense” solutions to the problems of rapid growth in suburban communities. Without hard data to support their assertions, New Urbanism proponents found their arguments for expanding high-density developments and reducing car dependency vulnerable to attacks from residents that want to maintain the status quo. By leveraging the findings of the Santa Monica Wellness Project surveys, officials now have the hard data to demonstrate the issues associated with low-density zoning are real. With the support of architects and engineers, city planners now have the ability to position high density, walkable developments as the most viable solution to high housing costs and social isolation. With the impact fees generated by new developments, the local government will have funds to use to expand and enhance public transportation options.

Do you think that data-driven decision-making can make the public change negative opinions about New Urbanism?