Thanks to computer-aided design, in recent decades the use of biomimicry in architecture has quickly advanced and the applications and possibilities have broadened. This has helped open the door wider to the idea of morphogenic and evolutionary design processes. Here is another novel idea: optimizing biomimicry design using structural topology optimization. 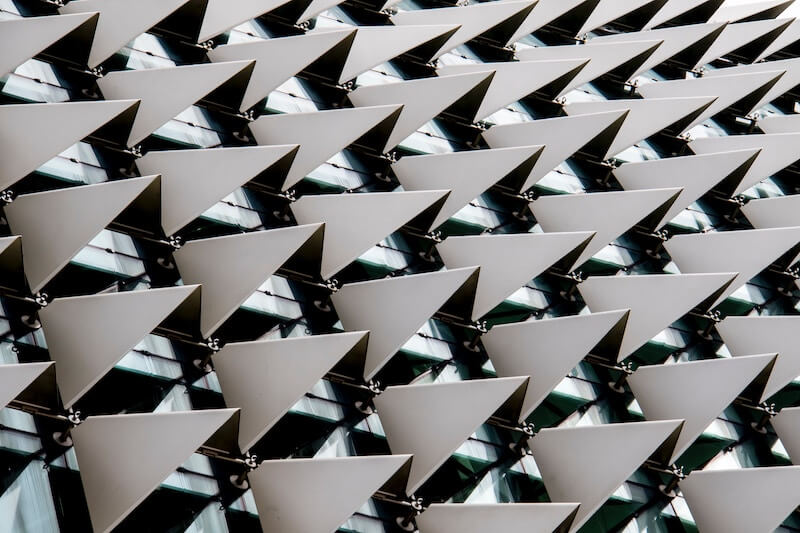 Biomimicry is imitating nature to develop a better design – with one of the earliest examples being the development of airplanes. The Wright Brothers studied how insects and birds flew for several years before embarking on first designs. In architecture, biomimicry goes beyond just imitating the look of nature in design – it attempts to imitate the processes that are more sustainable and less disruptive to the surrounding environment.

Some examples of biomimicry in architecture are the Gherkin tower in London – designed with the Venus Flower Basket Sponge as inspiration – and the Watercube in Beijing, which uses soap bubbles as inspiration. Both designs serve aesthetic, symbolic, and functional purposes.

Topology optimization is the use of a finite element method to evaluate and design the optimal layout of a material given a set space, loads, and boundary conditions and constraints. It is used extensively in the early design stages of different aerospace, mechanical, bio-chemical, civil engineering, and architectural projects. Topology optimization only requires an initial domain, which makes it perfect for early design.

In architecture, massing studies – three-dimensional shapes typically developed by the architect at the beginning of the project to imitate the general size and shape of the finished product – can be used as the initial domain in topology optimization. Often, the solution presented by the software is not functionally possible, so the architect is needed to change the design to make it more constructible.

Biomimicry is a well-developed field within architecture, but much of the research is focused on accurate replications of designs in nature, instead of applying the concepts found in nature to an explorative design approach.

A study published in Frontiers of Architectural Research in December 2019, was developed from the initial idea that “most structures found in nature could have evolved through processes similar to that of topology optimization, where the distribution of materials in their systems was optimized according to the loading conditions of their environments.”

The study aimed to use topology optimization to generate different biomimicry design solutions. Researchers selected the topology optimization software GRAND and GRAND3 from MATLAB® for their analysis, because they use one-dimensional elements, are easy to modify, and are quick at performing multiple analysis.

Initially using two dimensional shapes, like leaves, and progressing to three dimensional shapes, like shells, the study created biomimicry design options using topology optimization and then compared those options to the real thing. The results for both two-dimensional and three-dimensional shapes showed that there is a clear relationship between the real object in nature and the optimal structural topologies – indicating exciting possibilities for morphogenic and evolutionary design processes. The study concluded that structural topology optimization “was proven effective in the development of nature-inspired architectural and structural design”.