The Intersection of Architecture and Public Health 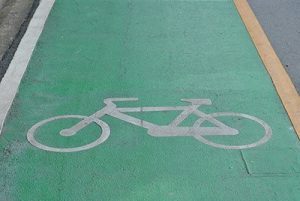 As local government official gain awareness of the economic and social costs of preventable health conditions, such as diabetes and obesity, they look to the design community for ways to encourage health and wellness in civic planning and design.

The economic cost of preventable health conditions has risen to a level that local government officials cannot ignore. For example, the Centers for Disease Control and Prevention reports that in 2008, the medical costs of obesity totaled $147 billion. In addition, a 2011 study cited by the CDC indicated that 52 percent of Americans over 18 years old did not engage in an adequate amount of aerobic exercise on a regular basis and 76 percent failed to do routine muscle strengthen exercises. Given the extent of these issues, government official have turned to the design and planning communities to find ways to integrate health and wellness into civic planning and design, according to the American Institute of Architects.

Some of the different ways local governments have integrated public health principles into the planning and design of public places include:

• New York City: In 2010, the Bloomberg administration announced the implementation of Active Design Guidelines (ADG) that provides strategies for promoting health in the areas of transportation, building, recreation, and access to food.

• Washington, DC: In January 2014, the local government in Washington enacted the Sustainable DC Act, which not only integrates health and wellness in building design and planning , but it takes a holistic approach by also addressing issues such as jobs, economic security, diversity, and equity.

Integrating health and wellness into design plans does not have to take place just on a community level; some small scale elements of a plan could include community gardens or bike paths.